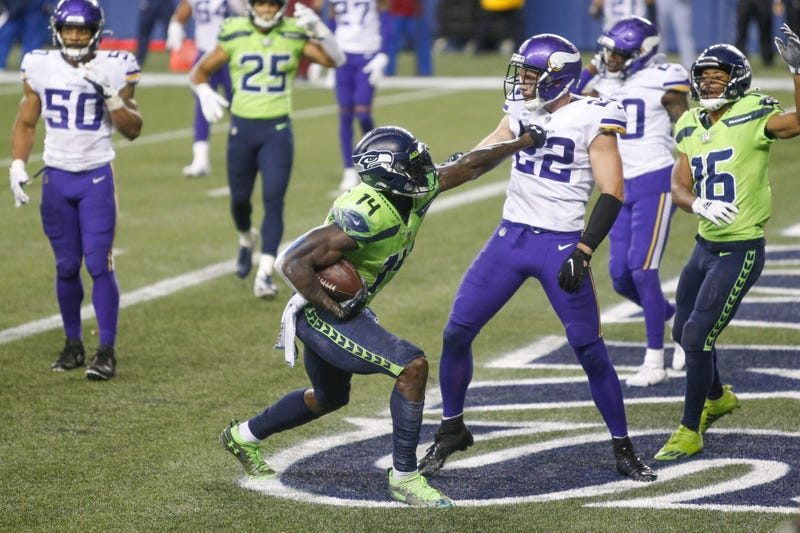 I say we start a petition to get the Seahawks to just WIN a game and not give us a collective heart attack every week. Good lord almighty what a contest this week. I'll spare the specific breakdowns this week and just give a quick recap.

That was probably the worst first half of football we've see all season long. Minnesota came into our house and had our number right from jump. Their defense studied our playbook and played us like crazy. Their pass rush was so strong that we had to pull both tight ends as well as the running back into the offensive line to just give Russ a chance to get the ball out, but by then, they still had a full secondary that was just impenetrable. On top of that, our defense showed it's underbelly and could not make a full stop. Dalvin Cook was an unstoppable force, and Adam Theilan was an uncontainable object. All this led to us going to half time on the wrong side of a 13-0 score.

We held our collective breath knowing that we're a second half team, but also knowing that we did not look good at all. At first all seemed like it would finish how it started, but then, within 7 minutes into the 2nd half, a 1-2-3 combo hit with Russ bolting it into the endzone, combined with 2 (TWO) (DOS) takeaways from the defense we so cursed in the first half, brought us into the lead with the rest of the game in front of us. From then, we fought back and forth until the Vikings left us staring at a crucial 4th and 1, and they made the stop. Now, with 94 yards that he hadn't covered all game long, Russell, along with a determined team forced their way downfield, defying 4th and 10 odds, twice, and pushed it into the Endzone to take a 1 point lead, followed by the strangest ending we'll see this season, to win the game.

That was the strangest, gut-wrenching, heart-stopping game I've seen yet, and the fact that we were on the winning end made it all the sweeter. Huge props to Ryan Neal who continues to show himself as a major contributor of the defense, and an ample successor to Jamal Adams' so-far short career in Seattle. Having both of those boys covering the secondary will make for a devastating force when we come back from the bye-week. As for the offense, they make it happen. I'm not doubting anymore, they just simply make it happen. Enjoy the week off 12s, breathe easy, we'll be coming back to a formidable Cardinal team. Until then, with that...Mike Hawk is OUT!