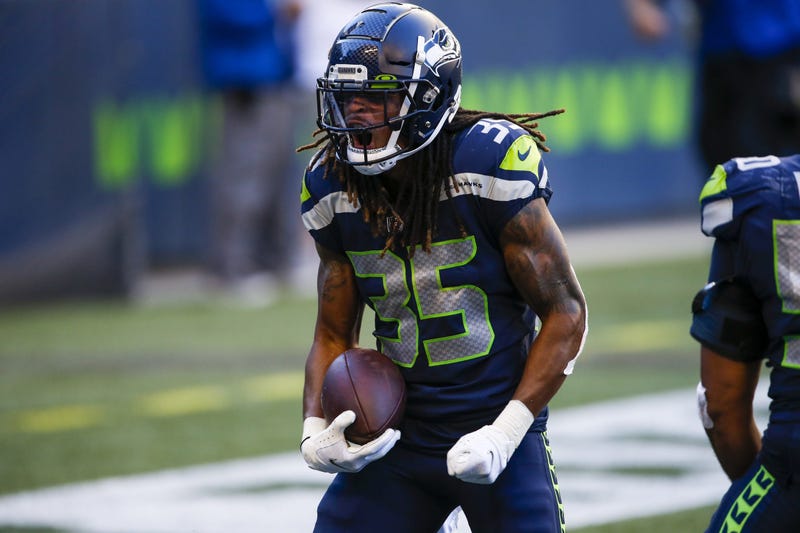 Three and Ohhhhhhhh! What a game this week! We haven't had a record like this since the year that we took it all, and baby we're looking like we're aiming for the same prize this year! In a game that plagued us with some significant injuries, the backup players did their job, filled their spot, and contained the win in brilliant fashion.

Offensively, the boys once again proved that they've got the game under control. But it's also where we face our first significant injury. Running Back Chris Carson left the game with a knee sprain. He did leave under his own power, and they don't expect him to miss really any time, but don't be surprised when they sit him down for the week and focus on the Hyde-Homer duo next week. Speaking of having the offense under control, I wouldn't be the Hawks fan I am without mentioning that we may have gotten a little too comfortable with a massive bomb. DK Metcalf had a beautiful catch that by all means should have been a touchdown, but due to showboating, it was knocked out of his hands, out of the back of the endzone, meaning it was 1st & 10 on the 20 for the Cowboys. I was frustrated when I saw the play, but I knew nobody would be beating on DK as much as he was beating himself up. Nobody felt worse about that play, and nobody wanted him to redeem himself more, than DK. Overlook it. It wont happen again.

.@DangeRussWilson and @dkm14 connect for six!

Some shining new stars for the Defense this week, and where we come to our next massive injury on the report. Dominant Strong Safety Jamal Adams limped his way off the field late in the game and it's been determined he suffered a groin strain. They're still unclear as to what is going to happen when it comes to him getting back into the game, but he was clearly upset, pacing about the sidelines stretching himself out, almost willing himself to get better and back in the game. Again, I wouldn't be surprised to see him sat down for the week to rest against Miami. As for the rest of the defense, we saw a familiar face coming back with a new vigor, Shaqueem Griffin made his way back onto the defense to cover the position left by Bruce Irvin, and covered it rather well. I'm interested to see how that blossoms. On top of that, some very crucial plays by Alton Robinson (sack) and Ryan Neal (INT) in that last drive for Dallas paid off when it needed to to seal the game right up. We need to step up and get stronger, but they're getting the job done when they need to.

In the final seconds of the game, rookie Alton Robinson records his first NFL sack! 👏

We're going into next week as the strongest team in the West, and that's saying something gang. As of now, every division in the league has a team that is without a win, except for 1, the NFC West, meaning if we're going to punch our ticket to the show, we're going to have to earn it in a rough way. We're going into Miami next week for our possible equalizer of a game. They're not a team to fall asleep on so now's not the time to throttle back and lick our wounds. Keep that pressure up, continue to let Russ be the cook in the kitchen, and let the Hawks loose upon the nation. Stoked about this record 12s! Let's hear you through next week! With that....Mike Hawk is OUT!