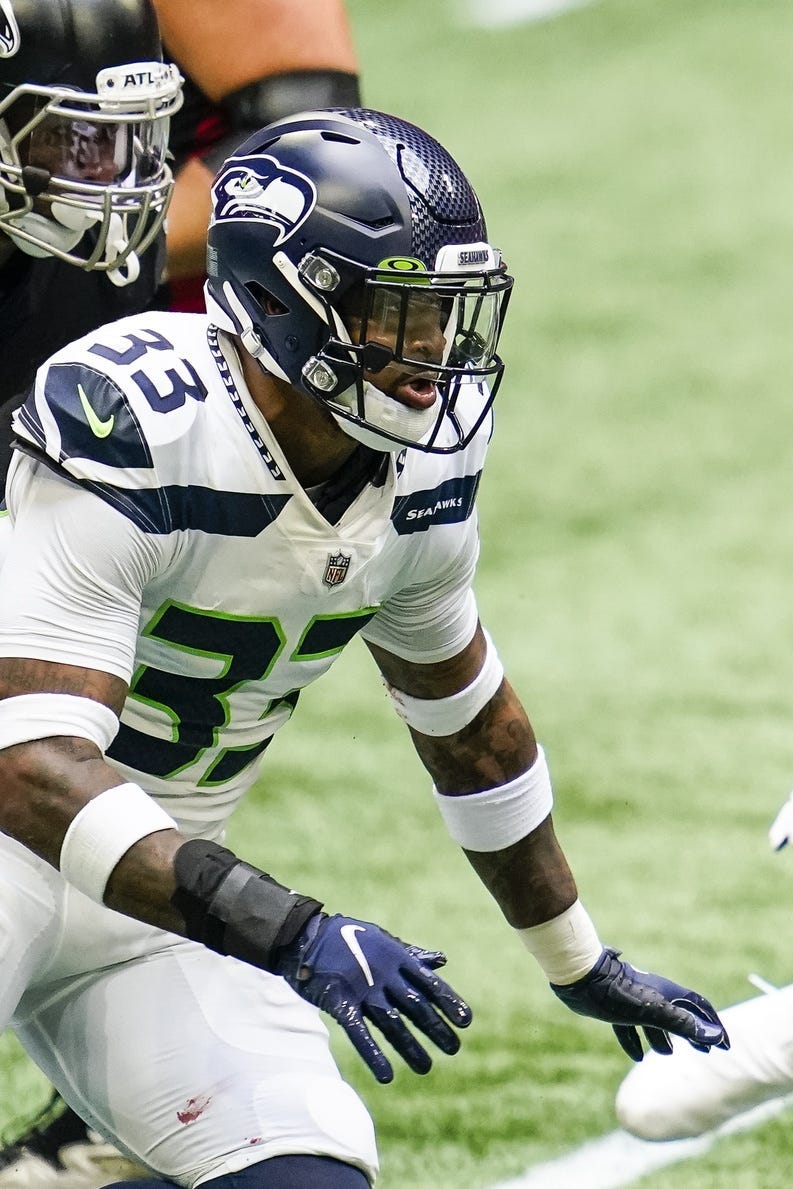 WE'RE BACK BABY! In case you were living underground, you knew that this week was that marvelous time when football kicked off and came back to the masses. A much needed reprieve from 2020.

So let's dive in, week 1, we found ourselves kicking things off in Atlanta. Normally, I'd be a little apprehensive about a game against Atlanta, especially starting a season against them. History has proven them to be quite the contenders, or at least a thorn in our side. Good news for us, this team is already on the way toward showing themselves as exactly what I thought them to be. A driving force on offense, and a stone wall on defense.

Offensively speaking, I was very very happy to see that we picked things up right where we left off, with some monumental improvements. Carson was back to peak condition, and with both Hyde and Homer to back him up, it gave the Hawks a running game that had some serious depth. Receiver-wise, the combination of Lockett, Metcalf, and Olson proved to be all Wilson needed to worry about, especially with that beautiful O-LINE! I'm stoked about what I saw with that O-line, Shell wasn't letting a single man through all day, and despite Russ eating some pavement from time to time in the game, he still was given plenty of time to make plays happen, even on a cruicial 4th down

.@DangeRussWilson wanted it all 💥

A perfect throw to @dkm14 for the touchdown on fourth down!

Welcome to Seattle, Jamal Adams! I don't know that I've seen that much of an impact with a new player. The man was making all kinds of stops and shots all throughout the game. Making me miss the ol Chancellor days. On top of that, our linebackers and safeties showed some real depth, not terribly surprised to see Griffen as the weak side this game, but I'm still pulling for him to be a better asset. That, and the pass rush gave us the tools we needed to have a very dominate opening day.

Already making an impact. 😈@Prez gets the sack! pic.twitter.com/hhP5LohQT0

Very proud of my boys, and very happy to have em back. This year has been a struggle, and having football back on TV after such a lame year (no matter where you sit on the political insertions during the game) was a very welcomed sight. We're right back in it next week hosting the brand new Patriots in the home opener, and from what I saw this week, it's going to be an interesting game hands down. But we've dealt with Cam and beaten him before, and we can do it again. Let's give the man another reason for a sad post-game interview. With that...Mike Hawk is OUT!