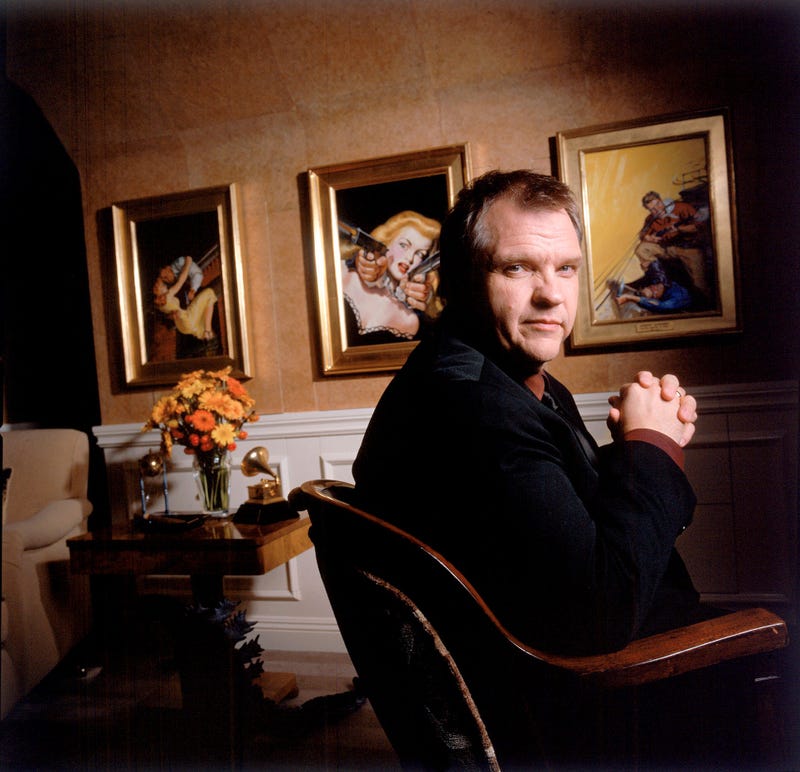 His name is Robert Paulson.

If you've ever seen 1999's Fight Club you will remember this line. When Project Mayhem is memorializing Meat Loaf's character they all come together to chant his name. It's a strangely sweet moment in a movie that is wrought with chaos. Unfortunately we must memorialize the actor behind the character. Meat Loaf passed away at the age of 74, surrounded by family.

If anyone has been to KISW events in the past you may recall that I have frequently dressed up as Meat Loaf. In recent years I have even gone so far to sing a part of 'I’d Do Anything for Love (But I Won’t Do That)' to a cheering crowd at Snoqualmie Casino! He was a talented singer, actor, and even a reality star!

So without any further ado here are my top 3 things that the superstar known as Meat Loaf has done.

This was my first introduction to Meat Loaf. I remember seeing the credits and wondering who the heck would go by that name. He played a strangely grounded character in an absolutely insane movie. One of my favorite movies where he played the motorcycle ridin', singin', love interest to Columbia who raised the ire (and the electric meat cutter) of one Dr. Frank-n-Furter. He wasn't in the movie long but it was such a great scene where he breaks out of the meat locker and causes all sorts of chaos!

Robert Paulson was a tragic figure who had lost some of himself to cancer due to steroids and was one of the grounded characters that The Narrator had met in the many therapy groups that he had attended. He found himself through the Fight Club and eventually gave his life to Project Mayhem and bonded the entire group in his passing. Again, a smaller role but one that stuck with me for years. Plus it gave us one of the best lines about his ample bosom.

The song that has confused people for as long as it has been out. Over 7 minutes long and the video was just as epic as the song itself. What won't he do? Listen to the song, people! He explains it! Once you listen to the lyrics go back and listen to it again ... and again ... and again. It's truly a great love song from the 70s that still holds up today.

Rest in peace Meat Loaf. You will be missed but never forgotten.