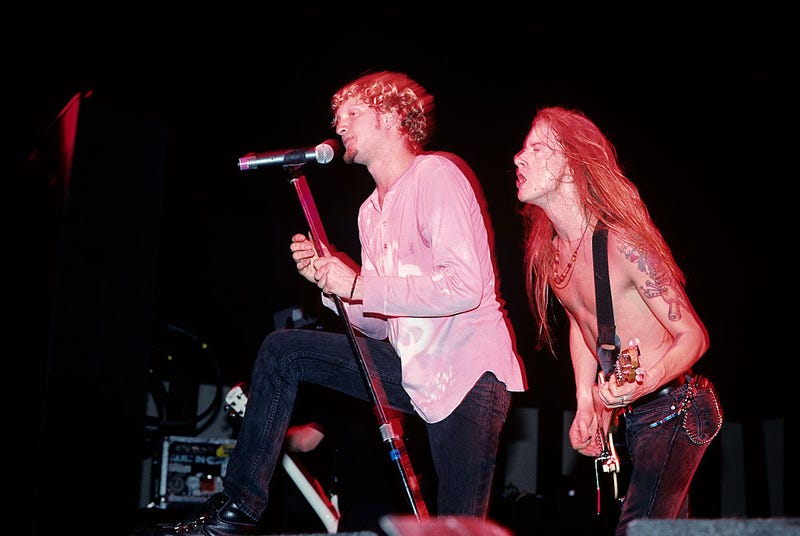 On the heels of their headlining performance at Pain in the Grass, Alice in Chains are gearing up for the 30th Anniversary of Dirt, one of the most iconic albums to come out of the grunge movement in Seattle.

To celebrate this glorious time stamp, the band has been gathering memories from the Dirt-era, most recently unearthing an interview with Jerry Cantrell at MTV's Headbanger's Ball.

This year also marked the 30th anniversary of the movie Singles and its corresponding soundtrack, where the Alice in Chains single "Would?" first appeared before being released a second time on Dirt.

Earlier this month, the band gave a behind-the-scenes look at their video shoot for "Them Bones" and the experience their longtime collaborator and creative director Rocky Schenck shared.

This is just a small sample of what they've shared so far and there's more on the way, so be sure to follow @aliceinchains on Instagram for more of these #Dirt30 memories, and tune into KISW on Thursday, September 29th as we celebrate 'Dirt Day' with songs off the album played every hour! Listen on a smart speaker when you say "Play KISW".