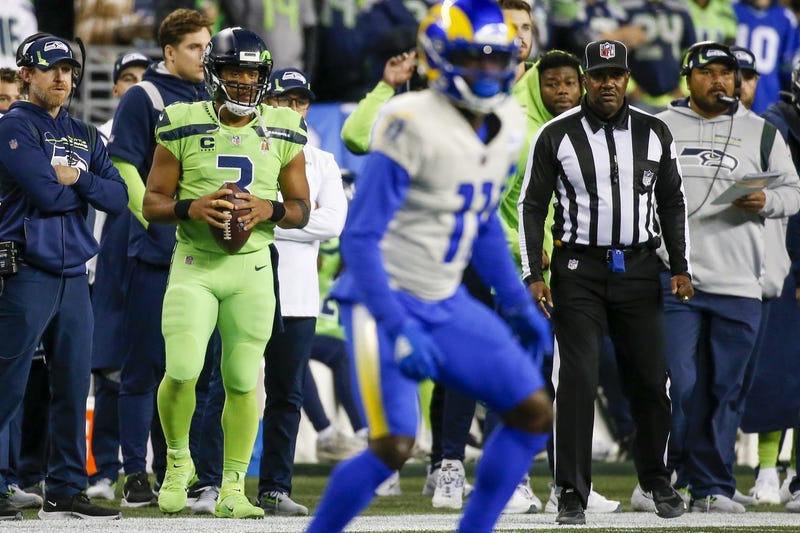 Ayo 12s...
Well, we've made it, the worst game in recent history with the Seahawks, 2nd only to SB49, but at least we were in the Super Bowl at that point. The "What if" scenario has finally presented itself: (SPOILER ALERT) What if Russell gets hurt? Reports are that he's out anywhere between 4-8 weeks after having surgery on his finger. They're confident that he can be back in 4, and he'll push like hell to be back in 4, but let's face it, he's out for at least 6 if not the whole 8.

Backup QB Geno Smith held his own for the rest of the game, leading a touchdown drive and had an unfortunate interception that I wouldn't put all on him, but the question is, do they stick with him? I put my hat in the ring for the Seahawks calling the season a wash if Russell gets hurt, not wanting to shell out a ton of money for a bench warmer, a while ago. But there's still a lot of season left to play, a lot of ground to make up, and we still have the ability to do so. So, who would we get?

Our Quarterback situation could go 1 of 3 ways.
1. What I foresaw at the beginning of the season: The team decides "screw the season, we're too far back in a hostile division to even dream of a playoff birth. Give the new recruits some play time to get their green out and we'll be back with a fully healthy Russell Wilson next season, Geno, you're the man"
2. Is the most likely, in my opinion: Trade for a higher quality backup quarterback. Someone like Trubisky (Bills), Foles (Bears), or Minshew (Eagles) that can put up some consistent and win-able numbers, who will be alright stepping aside after Wilson gets back.
3. Go all-in on a pro-quality QB that'll keep us in the fight for the playoffs. Someone like Cam Newton (FA) or Deshaun Watson (Texans) (If they're willing to play fair) or Jordan Love (Packers) that'll keep us in the fight. We get em for the 1 season, they make a ton of money and we part ways after they get us to where we need to be.

We'll have our answer by this time next week. No news means we're sticking with our boy Geno. Other than that, I'll keep my ears to the ground and let you know when I know. We're in the "What If" 12s, now's not the time to jump ship. Stick with it and let's see where this thing goes. We're in Pittsburgh against the Steelers this weekend for Sunday Night, should be a game that'll define where we stand this season. With that...Mike Hawk is out.