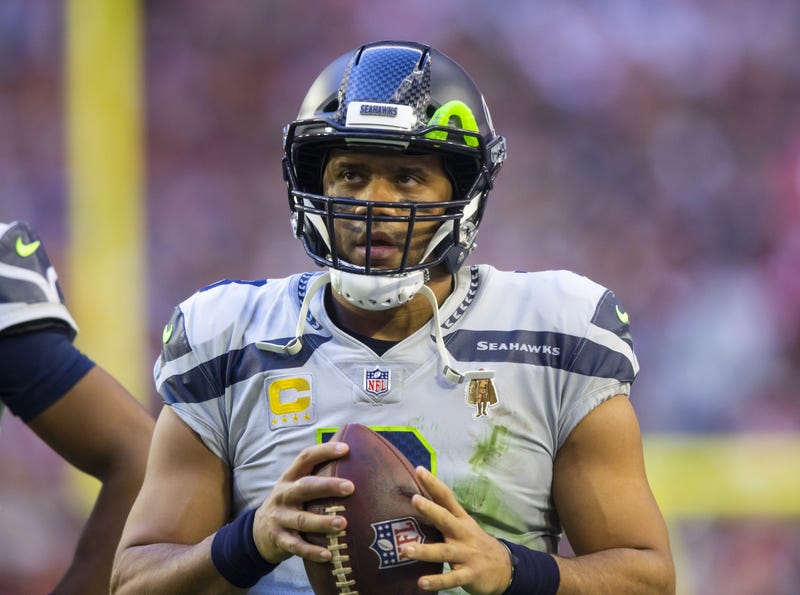 Ayo 12s!
Boy, do I love/hate an emergency blog! JUST in case you haven't heard the news that's thundering around the NFL world, The Seahawks and Broncos have agreed to terms that gives them our long-time franchise quarterback, Russell Wilson. In return, we receive 2 first round picks, 2 second round picks, a 5th round pick, QB Drew Lock, DL Shelby Harris and TE Noah Fant.

Blockbuster: After weeks of negotiations, in one of the largest trades in NFL history, the Seattle Seahawks and Denver Broncos have agreed to terms for a deal involving Super-Bowl winning QB Russell Wilson, sources tell ESPN.

Trade is pending a physical and Wilson’s approval. pic.twitter.com/oRFDV8Ehyx

Before we get too deep into the direction the team may choose to go in moving forward, I want to take a moment to acknowledge what Wilson has done for this team. Overcoming everyone ruling him out for his height, he led a massive career here in Seattle. He's set multiple franchise records and wears an impressive 9 Pro Bowl appearances, several playoff appearances, and most impressive of all, the only Seahawks Super Bowl victory in franchise history. Despite how things have been going lately, the man deserves a champion's sendoff as he goes to Denver, and has earned love and respect when he makes his way back into Lumen against this team. We may never have a quarterback as good as Wilson again.

So what does the future of the franchise look like? Do we blow it all up and rebuild? Reports are coming in that we may not retain Penny, Wagner and even are open to trading off Lockett, which suggests that may be true. Also, given that we have an early draft pick (potentially the #9 overall pick) sources believe the Seahawks may pick the quarterback out of Liberty University, Malik Willis who looked pretty impressive at the combine.

Malik Willis got an ARM pic.twitter.com/JsFWtgkTcN

And the 3rd option is, with as much trade stock as we've just acquired, the Seahawks could choose to grab themselves a different veteran quarterback to take the slot. A couple that the Seahawks (God I hope not) choose could be Carson Wentz, Jimmy Garoppolo, Mitch Trubisky, Cam Newton among some others. But my biggest hope, which I wouldn't expect us to be terribly good, but we'd be fun, is former Cougar QB Gardner Minshew, and I'm not alone. Let's bring in the stache!!!

If we can't have Russ, can we have Gardner Minshew, please?

One thing I can safely guarantee, is the Seahawks will be interesting to watch this year. Good? Maybe! Bad? It's possible(probable). I'm erring on the side of us not being terribly good this year, but we should be trending in the right direction toward the end of the season. I'll be here with y'all along the way! With that...Mike Hawk is OUT!