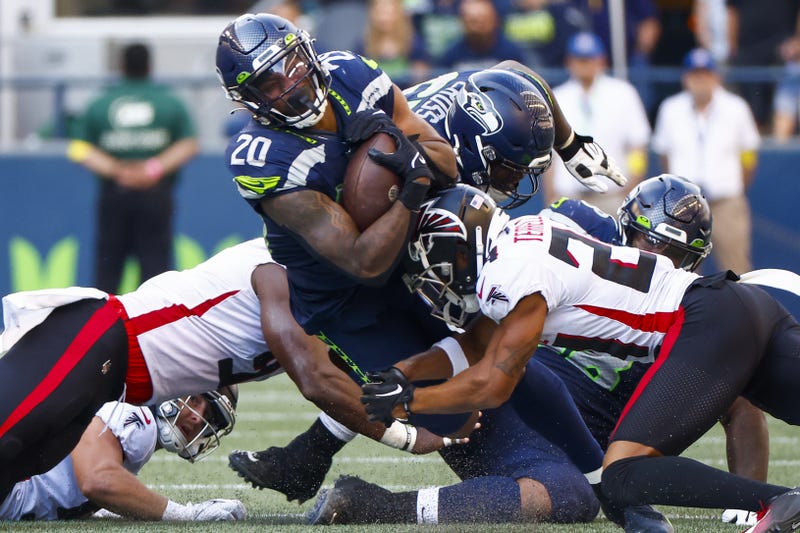 Ayo 12s!
Well, needless to say, this weekend didn't go as well as we'd hoped, but I'm happy to say that they looked better than they did against the 49ers. The problem that I'm seeing with this new Seahawks team is a lot like what I've felt as a Mariners fan my entire life. There's potential, but the question is whether or not they'll seize it.

There's few different places that need addressing when it comes to building this team up a little better in my opinion. First and foremost, we've got to get the penalties under control. I know that there were some bad calls and some no calls in the game this weekend, but we weren't fully innocent either. Our rookies are still having some issues making the adjustments to keep the laundry off the field. This should be fixed as the season goes on, but it's now officially on the radar for me.

Secondly, our defense needs to hit the next gear as well. They're doing well with coverage and they're doing well with seeing the plays and launching what they need to in order to make the stops, but following through with that execution is where we're falling short. There's been a lot of bad tackles in the last couple weeks. We clean those up, our defense sharpens immensely.

5️⃣ pushes his way into the endzone 💪 @DrakeLondon_

Finally, and this is my own personal gripe, Geno needs to not panic under pressure. He did a fine job in the beginning both this week and in week 1, but when the game's on the line, he gets rattled and starts making poor decisions, and that observation goes all the way back to last season when he took over in the first place. He can hold the position, right up until the final moments of the game, and he just folds. Maybe we start treating our quarterbacks like pitchers in the MLB? Have a starter and a closer? But that's just my couch coaching.

I'm counting this week as a win. Sure, we lost to the Falcons by beating them at their own game (choking), but the way they performed this week solidified my opinion that last week was a fluke. We're not that good of a team, but we're not THAT bad of a team either. They'll adjust, we'll see more wins before the season's over. Hang in there 12s! We can beat Detroit! Let's get back at it! With that...Mike Hawk is OUT!