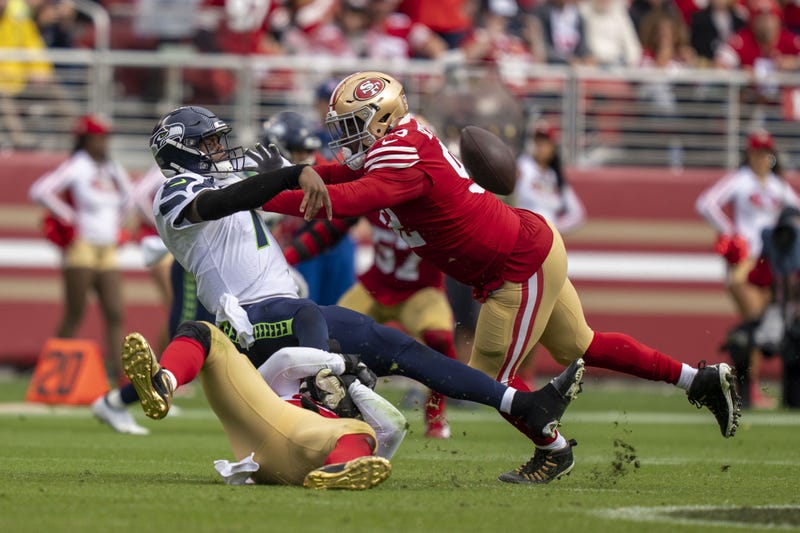 Ayo 12s
Well, that high from Monday night was short lived after a head-scratching showing by our boys on Sunday afternoon. Listening to the post-game pressers, the consensus seems to be the same for everyone, they just didn't deliver. Too many penalties, a stalled offense and an exhausted defense all contributed to a rough 7-27 loss to the division rival.

The bigger raise in the eyebrow is the 6 consecutive quarters that our offense has not been able to score any points at all. They did get close toward the end of the half this weekend, but a botched trick play robbed us of the opportunity. No shame to the team on that one, if trick plays work, they look awesome, if they fail, they look ridiculous. They took a risk and it flopped, back to the drawing board.

Caroll, Lockett, and Smith all commented on the lack of run game that we had this week, making our team "one dimensional" and able to easily keep the passing game under surveillance, was a major factor in the inability for the offense to get rolling. We just couldn't get any momentum built up. In defense of our boys, Trey goes out on a nasty injury (prayers up for a healthy recovery) and they bring in the Super Bowl caliber backup that they've got waiting to up his capital for the upcoming free agency. A quarterback that has run this offense for years and controls it well, which actually boosted their offense in a big way. In short, there was a small window in which we could've won the game this week, but it was a big ask, especially after giving more than they had in the dramatic season opener, which, I hate phrasing it that way, but it's the truth.

The Seahawks are not done this season. They faced a team that has a very real opportunity for a strong playoff showing, on a short week, following a dramatic game-of-the-week performance. They were outplayed, out-muscled, and didn't even have the benefit of luck on their side. This was a bad game. Give them the week to lick their wounds, put it in the rearview and get back to business next week, putting their best foot forward once again as they face Atlanta. They'll be back gang! Until then...Mike Hawk is OUT!