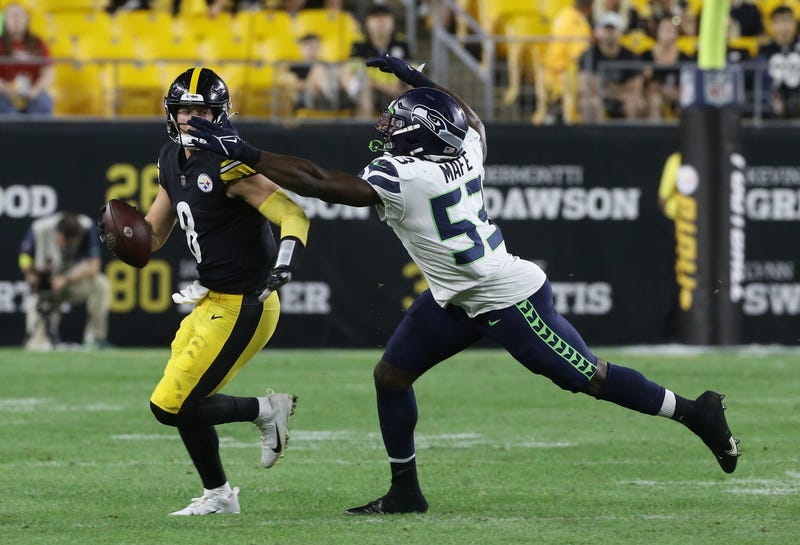 Hola 12s!
Man it was good to see the Seahawks in action, albeit preseason action, this weekend! Blah blah blah they lost, forget that, Preseason is about showcasing talent and potential first and foremost, and boy did they ever. Some notable qualifiers to consider came in the form of people missing on the field. On offense we saw a lack of Metcalf, Lockett, Penny, and Eskridge, while on defense we were missing Adams, Brooks, and Diggs. Considering they were doing some good work with some of their best feet on the sidelines, I'm ok with how they looked this weekend.

QB BATTLE RAGES ON
This was the first time we as the general fan got to see the contrast between Smith and Lock in the intense battle for starting quarterback of this team and I've got to say, it was fairly comparable between the two. Taking into account that they had some of their best weapons watching from the sidelines, they both adapted rather well and seemed to get the job done after knocking some dust off. Between the two, it's by a whisper, but my name is still in the Drew Lock hat. I feel like he looked a little more polished and smooth. Credit to Geno's run in for the first touchdown though, that's what has me believing that it's still tight.

NEW OFFENSE SHOWS ACTUAL NEW OFFENSE
We as Seahawks fans have heard for years about how our offense is going through a change. This is the first game in a while like I felt that was true. We found some depth at much needed positions, I loved the incorporation of the different Wide Receivers that we've got in the lineup, the utilization of the Tight End, FINALLY, and the most beautiful thing that we never saw in the Russell Wilson era, the underneath pass! My prediction, we'll be a high-scoring team earlier in the league, just because this isn't what they're used to seeing from us. This is truly a new offense. Special shoutout to one of my favorite recent Preseason traditions: Watching DeeJay put on a clinic

DEFENSE STARTS SLOW, BUT WARMS UP QUICK
I'll be the first to admit that my first critique came on the defensive side. It felt like our coverage was great, but we had issues with tackling and finishing the play. Then all of it came together later on in the game, prompting a speculation on my part, maybe these guys were throttling back because they're ahead in the running to get on the roster. Why hurt yourself in what's essentially an exhibition if you're already on track to make the team, just show you can be where you need to be, make 1 good tackle, and step out for the rest. Still waiting on the first pick of the season, there were a couple opportunities that were missed, so we've got a little work to do, but I like how fast this defense is and I think the new scheme is coming together well

The scoreboard didn't go our way, but the potential is there. We're hosting Chicago on THURSDAY this week, so mark your calendars. They make look a little worse for ware this week as they take more and more "guaranteed" starters out of the rotation. Watch the depth. Watch how they adapt, find the potential. We're back baby! With that...Mike Hawk is OUT!