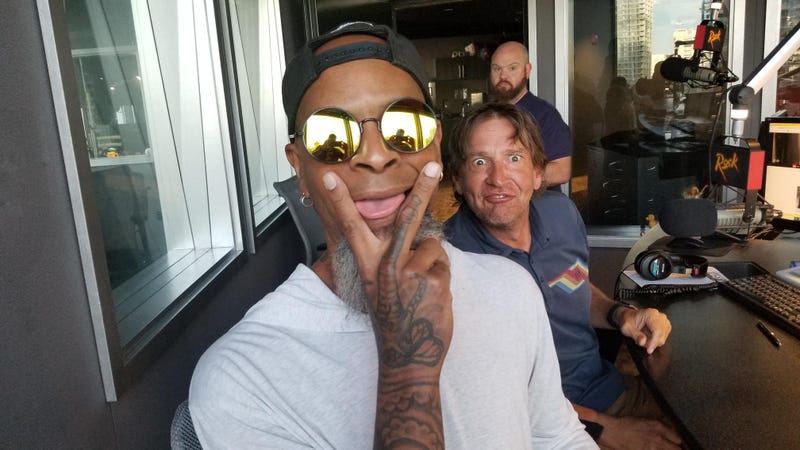 Positive Friday!  Today actually lived up to that.  Why?  Boobs.  It's that simple.  You see, we asked 'Good or bad, what image from your childhood is still burned into your head?'  Good OR bad... but it was mostly guys who called and a sizeable percentage of them... myself included... had that oh-so-positive memory of the first time they saw a boob.  The memory STILL brings joy.  I'm speaking on behalf of all the dudes who called... with the notable exception of the one guy whose 'first boobs' were his own sister's.  Sorry bruh.

In spite of the positive vibe that permeated today's show, the inspiration for the question came from a considerably LESS awesome source... depending on your point of view.

Earlier this week at the Bronx Zoo, a group of children and parents were watching a group of gorillas through the glass.  Pretty standard stuff... until the alpha male and one of his ladies gave each other 'that' look.  I'm not well- versed in the world of 'amorous gorilla facial expressions', but the look became clear when, after about 2 seconds of making eyes, the female laid on her back and spread her legs.  The male wastes NO time going face-down between her legs and doing that there thing.  It's amazing and disturbing.

I'll leave you with that.