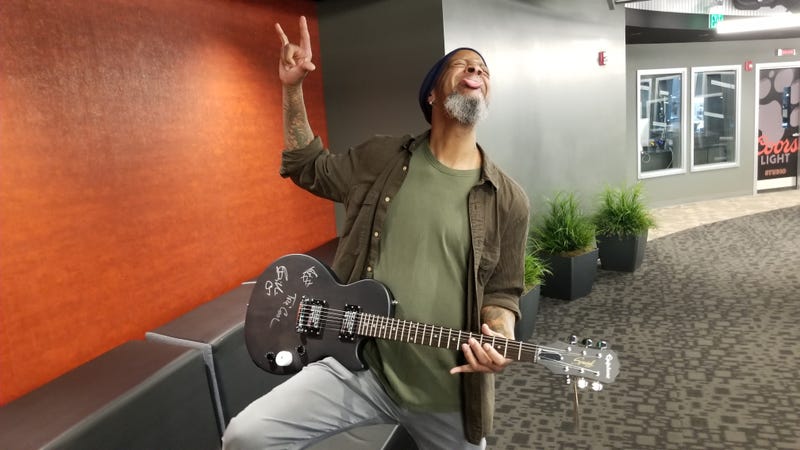 Happy Monday... if there is such a thing. Actually, as a huge football fan with no rooting interest (thanks Ravens!) in this year's playoffs, this IS a happy Monday. In all of the years I've watched the NFL (45-ish years) I have never, ever seen 4 better playoff games than what this past weekend offered up. I mean, just damn.

But I'm not here to talk football.  No, I wanna know what you're doing this Saturday night?  Nothing?  Perfect because after about 2 years of absence, the KISW house band, the New Originals, are playing a gig.  If you have low expectations and like your musicianship to be mediocre, the New Originals are the band for you.  We're playing at El Corazone Saturday night as guests of Almost Human.  Almost Human, if you don't know, is a very, very GOOD KISS tribute band fronted by Joe 'Gene Simmons' Dred.

There will also be a third band but I honestly cannot remember who it is... so if you're in that band, my apologies.

Anyway, I'm looking forward to the gig because it's been a hot minute since we've taken the stage together.  We might have a few special guests join us... we don't know... but none would be more special than our very own Mike Hawk joining us.  Has he said he WANTS to?  Well, no, but after downing copious amounts of Jack Daniels (and Rainier), the band decided that Mike SHOULD join us for 'Fight for Your Right'... except we'd play it at double speed so that Mike could flex his auctioneer muscles.  It's an idea so stupid that it just might work.

Now we just have to convince Mike.  And yes, we're blind-siding him with the request.