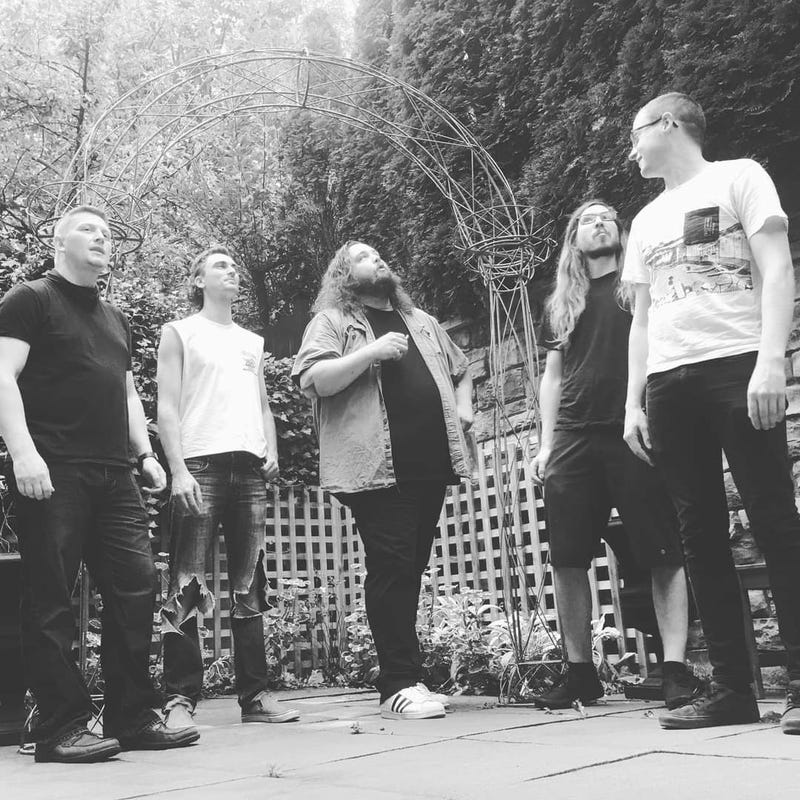 OFFICIAL BIO:
The Moon is Flat formed in 2015 by Guitarist/Vocalist Kirk Rutherford and Drummer Thys (pronounced Tice) Ferwerda from the ashes of their previous band Shark the Herald.

After feeling out several different musicians to fill out the band, they released their debut album "The Good Trip" in 2017. But member turn over continued.

Guitarist Cayce Miller joined the band shortly after the release of "The Good Trip", replacing the previous guitarist and remains with the band today.

Called one of Everett Washington's favorite Stoner Rock bands, The Moon is Flat continued playing shows for whatever crowds they could get infront of, making sure to play a different setlist every show, their live show has been called "an experience".

Matt Wysocki (Bass) and Caleb Beal (Keys) eventually found their way into the fray, and with that line up they would go on to record their new album, "All The Pretty Colors" (2021).

Produced by Rutherford and Recorded by Tim Wilson (first album worked on) The Moon is Flat were able to capture a great representation of their big and swirling live show.