LOS ANGELES — LeBron James will not play in the Tuesday night game against the Sacramento Kings, or anytime soon according to recent reports.

The Los Angeles Lakers announced Tuesday that James has entered the NBA’s health and safety protocols and will not play in their game against the Sacramento Kings.

LeBron James is out tonight against Sacramento due to the NBA’s health and safety protocols.

TMZ reports James tested positive for COVID-19 on Tuesday afternoon using a lateral flow test. However, a follow-up PCR test came back negative and a third once again showed that the NBA star was positive for the virus.

In late September James told ESPN that he had indeed gotten a COVID-19 vaccine — despite initial skepticism.

“I know that I was very skeptical about it all, but after doing my research and things of that nature, I felt like it was best suited, not only for me, but for my family and my friends,” he told ESPN. “And that’s why I decided to do it.”

Per NBA rules, players are required 10 days of isolation away from the team without any physical activity if there is a confirmed positive.

In addition, they must undergo a cardiac screening and reconditioning before being cleared to return.

Over the next 10 days, the Lakers will play the Kings on Tuesday, Clippers on Friday, Celtics next Tuesday and Grizzlies next Thursday.

The news of James missing games comes less than a week after his suspension for an incident involving the Pistons' Isaiah Stewart. 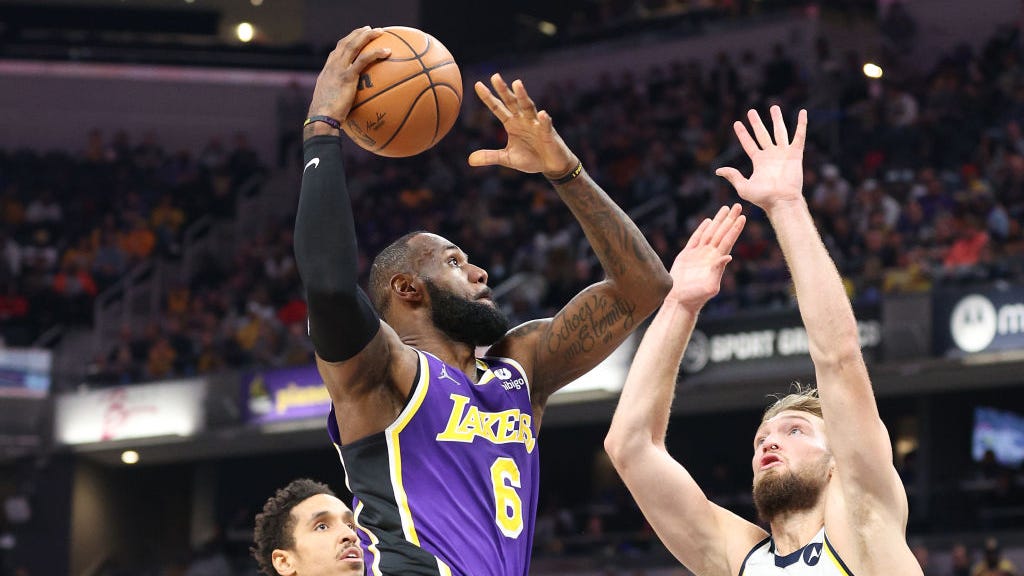 LeBron James back on the court following suspension