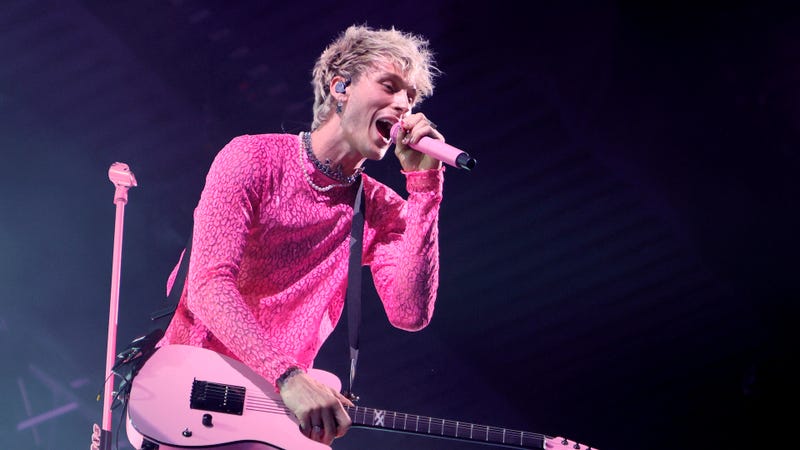 Machine Gun Kelly is lifting the veil on his mental health struggles by sharing details surrounding his experience with paranoia and a suicide attempt in his recent Hulu documentary, Life in Pink.

Following the death of his father in 2020, MGK says he struggled with his mental health more than ever, leading him to extreme paranoia and a suicide attempt while on the phone with fiancée, Megan Fox.

"I flew to my dad's apartment to clear all this stuff out. I had this really weird interaction with this neighbor who told me all these things I didn't want to hear," he shared in the film. "That f***ed me up even more because I couldn't get closure on it. I wouldn't leave my room and I started getting really, really, really dark."

He continued, "Megan went to Bulgaria to shoot a movie and I started getting this really wild paranoia. Like I kept getting paranoid that someone was gonna come and kill me. I would always sleep with a shotgun next to my bed, and like, one of the days, I just f***ing snapped."

MGK continued on to detail his downward spiral which ultimately lead him to a total breakdown while on the phone with Fox.

"I called Megan, I was like, 'You aren't here for me.’ I'm in my room and I'm like freaking out on her and dude, I put the shotgun in my mouth and I'm yelling on the phone and like the barrel's in my mouth. I go to cock the shotgun and the bullet as it comes back up, the shell just gets jammed. Megan's like dead silent."

The scary moments of his breakdown resulted in a large realization for MGK — he needed help. His Fiancee, Megan, and daughter, Casie, were the first ones there to support him and offer love and understanding.

Hear more of the rockstar’s story by seeing his Hulu documentary, Life in Pink, streaming now.