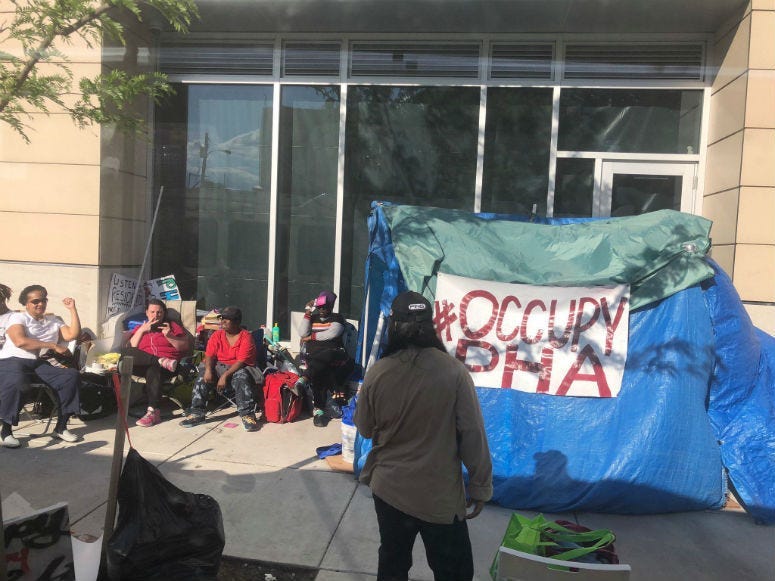 PHILADELPHIA (KYW Newsradio) — The Philadelphia Housing Authority changed the signage on police cars recently, and one woman who launched a protest outside of the agency's headquarters said her advocacy is part of the reason why.

"My family had been harassed," said Jennifer Bennetch, who spent five months camped outside of the newly constructed Philadelphia Housing Authority headquarters on Ridge Avenue in North Philadelphia.

The campout was a protest she called #OccupyPHA. Bennetch and her supporters' goal was to bring attention to many unmet concerns of PHA residents, and one of hers related to PHA police.

Bennetch claimed PHA police unlawfully exercised jurisdiction over her in 2016, even though she does not live in PHA housing.

"They would never identify themselves as housing police," she claimed, "and their cars looked just lik