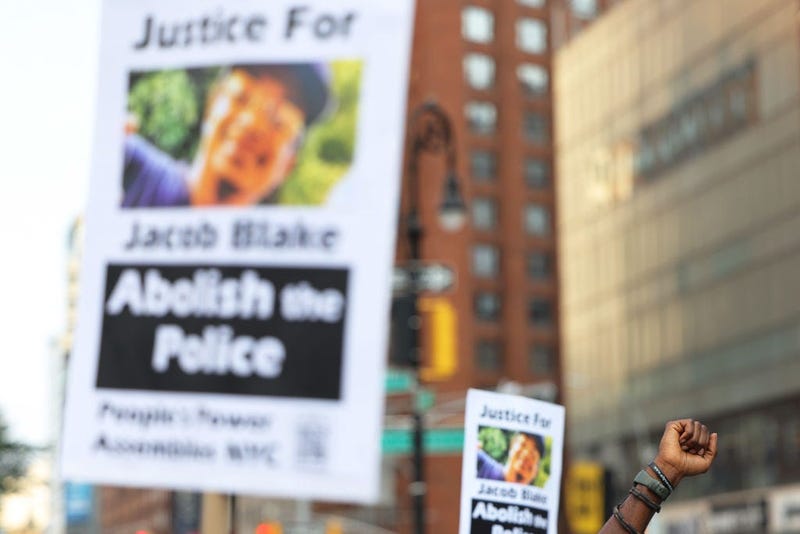 MOORESTOWN, N.J. (KYW Newsradio) — With several professional sports teams boycotting games in protest of the Wisconsin police shooting of Jacob Blake, some college students in the Philadelphia region are taking action, too.

Lehigh University junior Judah Hicks has been very involved in rallying students and other sports teams to get involved in his Black Lives Matter video.

As a member of the Black student union, he wanted to create a platform so people’s voices could be heard, as well as “spread awareness around the issues that are going on around America and on campus.”

Hicks, the only Black team member on the men's lacrosse team, applauds the support he received from his teammates and coaches.

The 20-year-old said he feels "frustration" and that he is "infuriated with anger" by the Blake shooting.

He is now working with the school's multicultural department and campus police to discuss issues of race and polarization.

"We're trying to figure out a way where we can come to an understanding and really create a better culture, one with police and noncitizens and find a way to take the hierarchy off the badge and really make us all be one unit together,” he said.

The boycott of games by professional athletes, Hicks said, will "force other people to be aware and really recognize where normally they would look past it.”

She helped organize a Black Lives Matter protest down Main Street in June.

Now, she is getting busy with school studies and planning rallies centered around the Blake shooting, which she said is beyond upsetting.

"We know what's going on, we're all really active, we're all protesting still, and it's still going on while we're protesting, in front of our own faces. That's very frustrating,” she said.

In addition to this issue, Cartwright-Atkins is also planning an event to shed light on incarcerated Black women.

She also applauds athletes who are boycotting their games.