This column is getting harder to write.

Don’t take that as a complaint. Instead, it’s a commentary on the state of sports in the city of Philadelphia. When I first rolled out my top 10 athletes in Philadelphia list, it was tough to find 10 that truly belonged. That’s changed in recent years as the Eagles roster improved and the Phillies pushed their chips into the middle of the table. And at least we no longer have to lie to ourselves about the respective top picks for the Eagles and Sixers from 2016 (there’s no reason to name those guys any longer).

So with apologies to Rhys Hoskins (yes, the Phillies should consider trading him), Kyle Schwarber (amazing what happens when he’s left alone to hit leadoff), Jordan Mailata (perhaps the hardest omission), Lane Johnson, Javon Hargrave, Haason Reddick, Jordan Davis, James Harden (actually, this was not a hard omission), J.T. Realmuto (take back the apology for Realmuto), Travis Konecny (no one from the Flyers really deserves this kind of accolade), James Bradberry, Dallas Goedert (the one with the best chance to have a special year and make me look silly for not including him), Josh Sweat and Seranthony Dominguez, here’s how I’d rank the top 10 Philly athletes right now.

The Sixers young guard is electric, and the best hope for the team to find a long-term running mate for Embiid. Last year, Maxey shot 48.5 percent from the field, 42.7 percent from three and 86.6 percent from the free-throw line. That’s wildly close to a 50/40/90 shooting season, something only nine NBA players have ever achieved. Maxey flirted with it as a 21-year-old. The Kentucky product has sky-high potential, but is good enough to make this list right now.

The Phillies No. 2 starter is both frustrating and underrated. He’s somehow the most reliable pitcher in the sport (no one has made more starts over the last five years) while also feeling unreliable when things start going wrong in a bad inning. He might be unlucky, considering the defense he’s pitched in front of his whole career. Here’s the truth, whether or not you want to admit it: Nola is on his way to ending up as a top-10 pitcher in franchise history.

You knew he’d be on this list. It was just a matter of how high. If this list was ranked on importance to each players’ respective team, Hurts would be No. 1. The Eagles are poised to be good if Hurts improves. They can be a Super Bowl contender if he takes a significant leap. I’m a believer, and am stunned by how many continue to question a player that has proven to get better on a yearly basis. Hurts took over a sinking organization in December 2020. Less than two years later, we’re debating if a Super Bowl run is possible. If that was happening with any other young quarterback under center, he’d be the talk of the NFL.

Now that was an impressive rookie year. I worried about Smith’s size and ability to stay upright in the NFL, but his toughness and work ethic won me over as his first season progressed. Smith finished top 20 in yards per catch (14.4) among all wide receivers and prepares for greatness.

What a difference a year makes. Slay’s first season with the Eagles was disappointing. Every top receiver seemed to get the best of him. Big plays were not present for the guy known as “Big Play” Slay. New year, new player. Slay made big plays and gave the Eagles defense a swagger in 2021. It’s fair to wonder how many years the 31-year-old has left in the tank, but he’s clearly one of the best athletes in the city right now.

I’ll admit: I had reservations about the Phillies handing Wheeler $118M. For as good as Wheeler’s stuff and potential were, that’s really all his career was in New York. But that potential has manifested itself into reality. Since signing here after the 2019 season, Wheeler has pitched to a 2.79 ERA across 55 starts. After a slow start this spring due to shoulder soreness, Wheeler is pitching eerily similar to his 2021 NL Cy Young runner up campaign. Over the last calendar year, Wheeler leads all big league pitchers in WAR.

In three NFL seasons, Brown has racked up 185 receptions, 2,995 yards, and scored 25 touchdowns. We’re talking about a big-play threat (16.2 yards per catch) that can either go over the top with speed and height or take underneath routes the distance with a brutal, Anquan Boldin-ish run-after-catch ability. The Eagles landed a top-10 receiver in the NFLon draft night.

If you had told me Kelce would still have occupied a top three spot on a list like this, say, five years ago, I would have called you crazy. But here we are, and here’s Kelce still as the best player on his team. The future Hall of Famer has staved off decline and established himself as an all-time Eagle. Think about this when pondering Kelce’s impact and importance: The Eagles have spent back-to-back second-round picks on players with the potential to one day replace Kelce. That’s what kind of hole he’ll (soon) leave behind.

There’s no questioning the skill. Embiid is a MVP-level player, and worth all the time the Sixers invested in his career. When healthy, few individuals can compare. Unfortunately, the franchise has made mistake after mistake when building the roster around him and it could cost them a chance to truly maximize his prime. But Embiid shouldn’t be above criticism. I question his leadership skills (how many teammates can he throw under the bus after a playoff series loss? Check back next year!), durability, and ability to play at superstar level in the postseason. 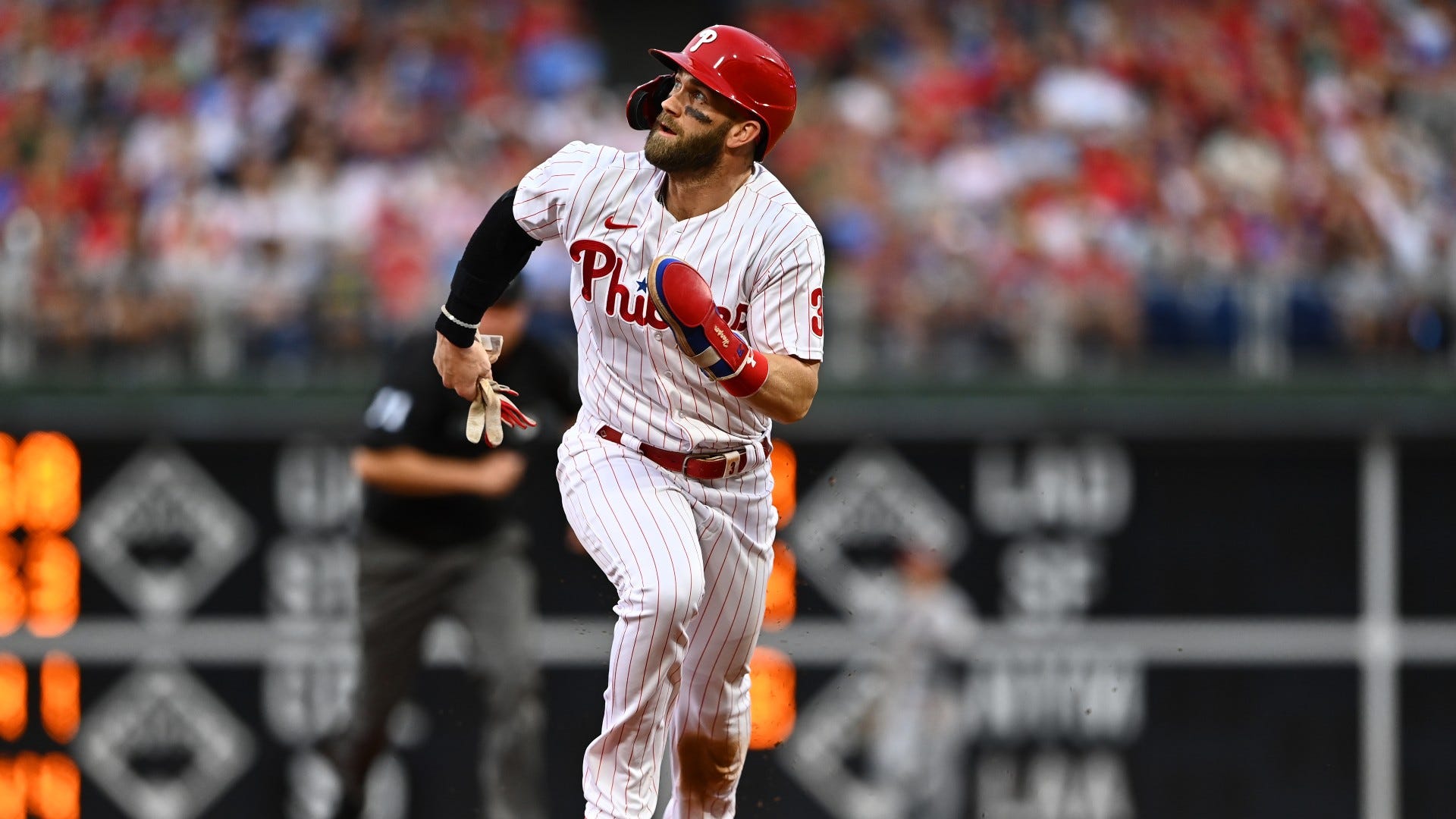 There was no going “wrong” at No. 1 on this list when deciding between the reigning NL MVP and the NBA MVP runner up. But Harper has leveled up, and is an even better offensive player than I imagined when ranting about how the Phillies had to sign him during his free agency. Over the last calendar year, Harper owns a .327/.426/.664 slash line and has been the most valuable (8.1 WAR) player in his sport. Harper still hasn’t dragged the Phillies into October, but has lived up to his contract and given this franchise a rock to build around. He’s the No. 1 guy in Philly.