PHILADELPHIA (KYW Newsradio) — Overcoming vaccine hesitancy and misinformation are challenges to vaccinating every Philadelphia resident, particularly those in underserved neighborhoods. A community effort Saturday in Point Breeze helped change that.

About 1,200 people received their inoculation against the virus at the Preparatory Charter School.

Dana Hutchins of West Philadelphia was apprehensive at first about whether she should get vaccinated against COVID-19.

"I actually prayed about it," she said. "It became available where I'm doing my internship at and I'm like, 'Dana, you're the only one on this call out of 20 people that didn't get a shot.'"

Anthony, a Point Breeze resident, was nervous just before getting his single-dose Johnson & Johnson vaccine. "I was hesitant at first but somebody talked me into coming around here," he said.

Dr. P.J. Brennan, chief medical officer at Penn Medicine, said apprehension about vaccination is an issue they're trying to address through their education efforts. He said death is obviously the worst outcome of the virus, but not the only one.

"A third of all people who get it seem to have neurological complications, including those who don't have symptoms," he said. "There are strokes, there are heart attacks, there are the long haulers, there is post-COVID fatigue."

"They're going to prevent you from getting at the very least the most severe consequences of COVID and probably from getting infected at all or at least shedding the virus," he said.

After getting her shot, Hutchins said she was thrilled to be vaccinated, but still worried. "I'm still apprehensive whether or not I can still, you know, get COVID," she admitted. 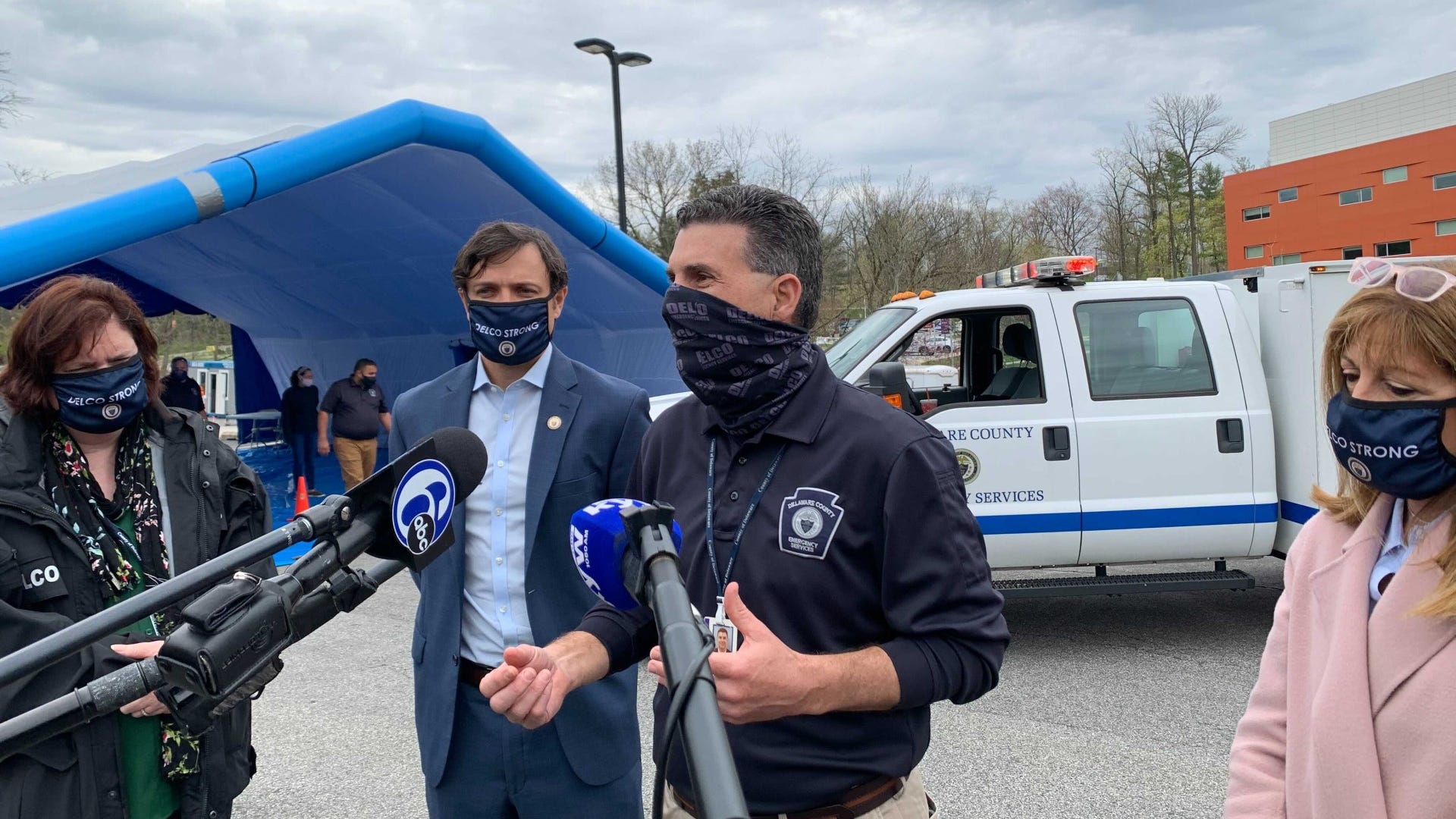 Brennan said masks and physical distancing are still recommended after being receiving the vaccine.

State Rep. Jordan Harris said outreach was a big part of the effort to get people vaccinated.

"Door knocking, robocalls, using our community groups as a word of mouth to really make sure that the 1,200 vaccines got to the most vulnerable populations," he detailed.

"The truth is there are a lot of folks who haven't had access because they're not plugged in," he said. "So, for us it was, 'How do we break that down?'"