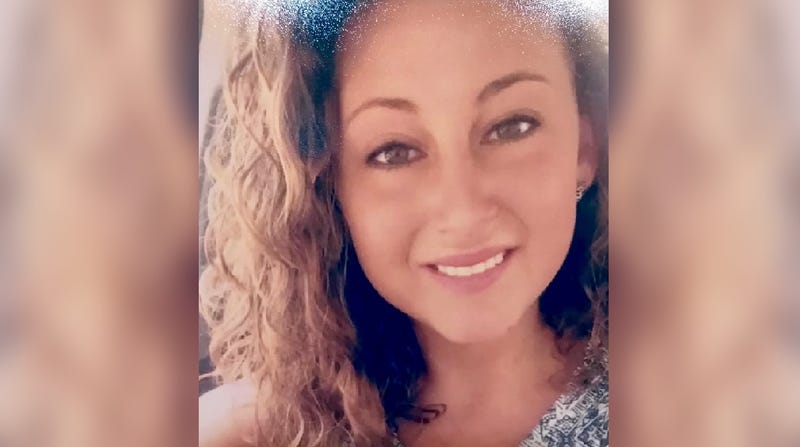 PHILADELPHIA (KYW Newsradio) — Prosecutors have dropped charges of vehicular homicide, involuntary manslaughter and reckless endangerment against the trash truck driver who struck a bicyclist five years ago in Center City, killing her.

The victim’s family is distraught after a long, complicated journey through the court system, explaining they didn’t have a say in the case being dropped.

“She was funny and loving and kind. She loved to be close and hold hands. I always say she was not afraid to love or be loved,” said Laura Fredricks about her daughter Emily, who was 24 years old when she was killed as she was riding to her job as a pastry chef near South 11th and Spruce streets in November of 2017.

“It’s devastating. We held out little hope that the charges would stick.”

She said her family has battled to keep vehicular homicide and involuntary manslaughter charges against Jorge Fretts, the driver of a trash truck who killed their daughter.

Fretts was charged two years later. Prosecutors argued he ignored a blind spot and didn’t use a turn signal.

“This is an epidemic of those who kill our loved ones not being criminally charged,” said Laura.

“We really thought that this was going to be the change for all the vulnerable … and look where we are.” 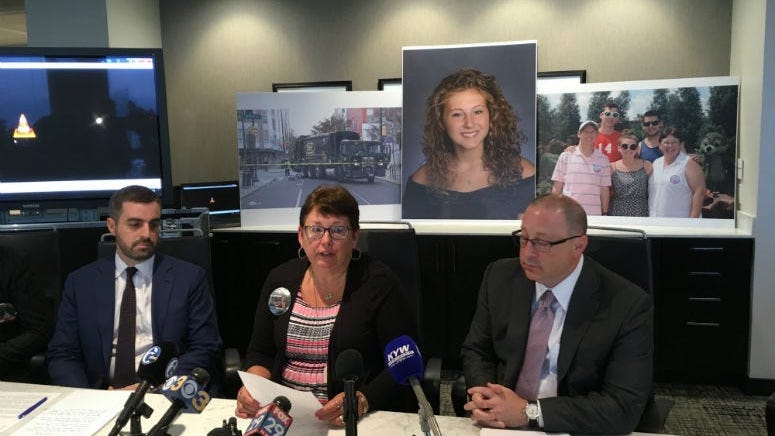 A judge tossed the case after the defense argued there was no criminal negligence or recklessness, adding that the accident was unavoidable. The Philadelphia District Attorney’s Office appealed to higher courts, but didn’t win.

A spokesman for District Attorney Larry Krasner said they had exhausted all legal avenues and were left to withdraw the charges.

“Our feeling is they do not prosecute those who kill our loved ones with their vehicles. Is that office too overwhelmed by gun violence crimes? But we feel there are crimes committed by people who drive vehicles.” 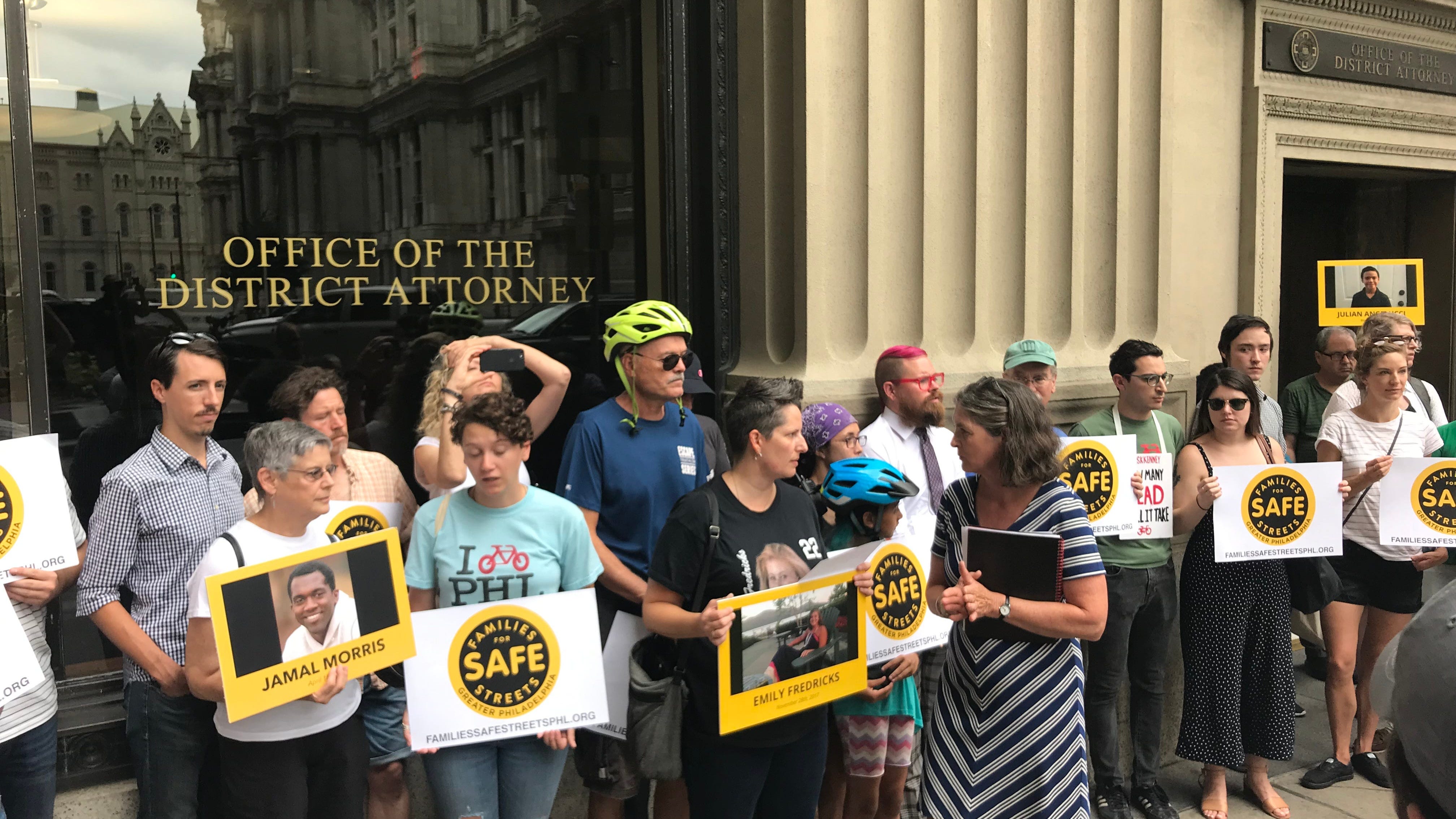 The Fredricks family argues that courts, specifically judges, see what they call “traffic violence” only through the eyes of the drivers, not pedestrians or bicyclists.

“There are over 40,000 people killed by traffic violence every year and its just the cost of doing business of driving on our roads,” Laura said. “These deaths are preventable, they are tragedies and people need to be held accountable.”

Since Emily’s death, the Fredricks family fought to change city bike lanes to be on the driver’s  side of the road rather than the passenger’s side, so drivers can see a bicyclist approaching. They also fought to have posts at each intersection along Pine and Spruce streets to protect bicyclists.

Fretts’ attorney, David Bahuriak, called the crash a ‘terrible tragedy,' but said it was unavoidable. He again stated that there was no negligence or recklessness and that the victim was in Fretts’ blindspot, so there was no crime. 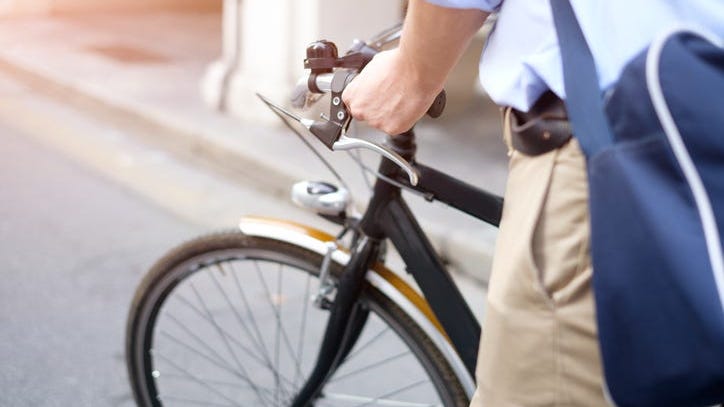 In Society Hill, a disagreement over how to protect bike lanes

Bicycle Coalition of Greater Philadelphia Executive Director Sarah Stuart said the decision is an ‘incredible blow’ and says it shows how “broken” the criminal justice system is when it comes to traffic violations. But she applauds the Fredricks family for their fight.

The following is the full statement from a spokesperson for District Attorney Larry Krasner:

"DA Krasner and the Philadelphia District Attorney's Office extend our deepest and heartfelt sympathy to the family and friends of Emily Fredricks, all of whom undoubtedly continue to grieve the loss of their daughter and beloved friend. Our office has fought since April 2019 to achieve justice for Emily and her family. Today's decision to withdraw Mr. Fretts' case did not come easy, but our office, simply put, exhausted all legal avenues in the Homicide by Vehicle charge -- a decision the Court made after reviewing the dashcam video from Mr. Fretts' vehicle that we provided to the Court -- the Superior Court then proceeded to affirm that Court's ruling (and even went further by suggesting that all of the related charges in addition to HBV be tossed as well). Our office then appealed to the Pa. Supreme Court, which declined to review this matter in full.”