PHILADELPHIA (KYW Newsradio) — Philadelphia will make masks mandatory for customers and workers of all businesses and institutions — except those that require COVID-19 vaccination — starting at 12 a.m. Thursday.

"This is not the summer any of us imagined," acting Health Commissioner Cheryl Bettigole said Wednesday during the city's daily coronavirus briefing.

The move comes as, according to Bettigole, COVID-19 positive test percentages have risen from under 1% in late June to more than 5% now, and total new daily cases are now about eight times as many as on July 5.

All workers and customers in any indoor business or institution must wear a mask. The exception: In Philadelphia, any businesses that requires vaccination for all employees and customers are exempted from the mask requirement.

Restaurants and bars will need to require all customers and staff to wear masks, except when seated and actively eating or drinking. The exception is, again, with restaurants that require proof of vaccination.

Masks will be required in all Philadelphia cooling centers starting Wednesday at noon, concurrent with the city's heat health emergency.

Unseated outdoor gatherings of more than 1,000 people are required to have everyone masked.

Whether it’s for the Phillies game at Citizens Bank Park or the Eagles preseason opener at the Linc, both teams say masks are required while in any indoor spaces. That includes team stores, bathrooms and elevators.

Masks are not required while sitting in the stands, but the Eagles strongly encourage unvaccinated people to mask up when not eating or drinking.

Wells Fargo Center is dark until late August, but in compliance with the city, it is requiring masks for everyone inside the arena, while the mandate stands.

Wells Fargo Center is dark until late August, but in compliance with Philadelphia, it’s requiring masks while inside the arena. pic.twitter.com/i4RLNB2IGk

Masks are needed at all times at a non-seated outdoor event where there are at least 1,000 people. One notable example is the Made in America festival, on Sept. 4 and 5.

And festival organizers are taking it a step further: Patrons need to show printed proof of full vaccination or a negative COVID-19 test within 48 hours preceding the show. 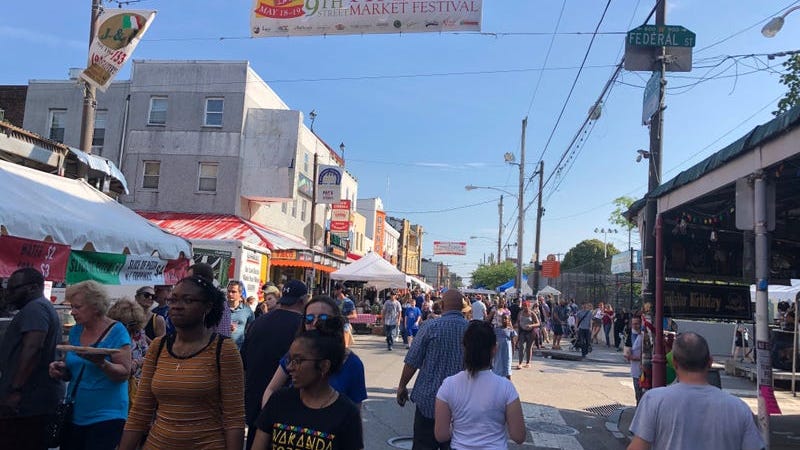 Some public events will be canceled altogether, such as the South 9th Street Italian Market Festival, which had already been postponed until September. Organizers questioned their ability to follow the city's rules at a large street festival involving thousands of people.

"We definitely don’t want to be a super-spreader event," said Michelle Gambino, the festival's producer.

Many businesses will see no change in what they already do

"A lot of children come in and out. A lot of elderly people to get books. So we always thought it was in the best interest of everyone who works here, and also who we serve to continue to require people to wear masks," said Goldstein.

She also said in addition to following the city's mandate, they'll continue to work with people who do not have masks while at their store.

"We've always had people respect it, and we keep disposable masks up front," said Goldstein.

"If people don't have their masks on they just put it on, and it's never been that big of a problem."

Goldstein admitted mixed feelings with the city's approach to handling the pandemic, but thinks this is a move in the right direction.

"I feel like if they hadn't taken the mandate away to begin with, we might have been getting a little bit closer to where we wanted to be," she said.

"I think it's for the best. Keeping the mask mandate as long as necessary will be the best course of action."

“We have continued to wear masks inside at the shop the entire time. The shop is so small it was important to me that people felt safe," said Elissa Kara of boutique Nice Things Handmade on East Passyunk Avenue.

"We have customers of all ages which includes children. Keeping the mask rule keeps staff and customers safe which is a priority,” 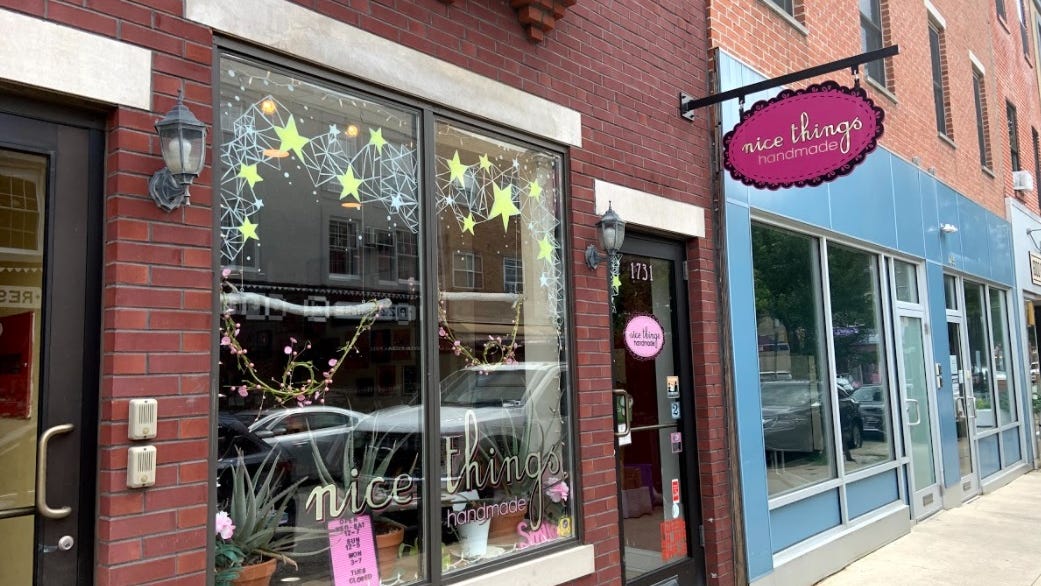 Before the announcement, the Pennsylvania Restaurant and Lodging Association, which works closely with local and state government, stated in their industry update newsletter that they were expecting new restrictions.

Ari Miller, chef and co-owner of Musi BYOB, was among a handful of restaurants which last week began requiring proof of vaccination for indoor dining.

He has been concerned that keeping masks as a viable option for the unvaccinated does not incentivize people to get a shot.

"Requiring masks is useful for sure, but if the goal is to increase vaccinations, than I think there's value in being explicit about that," Miller said.

Kiki Aranita, chef and owner of the former Poi Dog Philly, wonders what changes this announcement could inspire.

"It's like a step in no direction," Aranita said.

"Maybe like the tiniest baby step of being like, 'Hey, we should be wearing masks again,' but in my circles, most people who are vaccinated and walk into indoor spaces generally do walk in with a mask and follow those rules anyway."

The PRLA newsletter also cited a restaurantbusinessonline.com survey that nine out of 10 restaraunt owners worry about the delta strain's impact on an economic comeback.

"I feel like every small business owner that I've been talking to is struggling with these moral dilemmas of who to let in their restaurant," Aranita said.