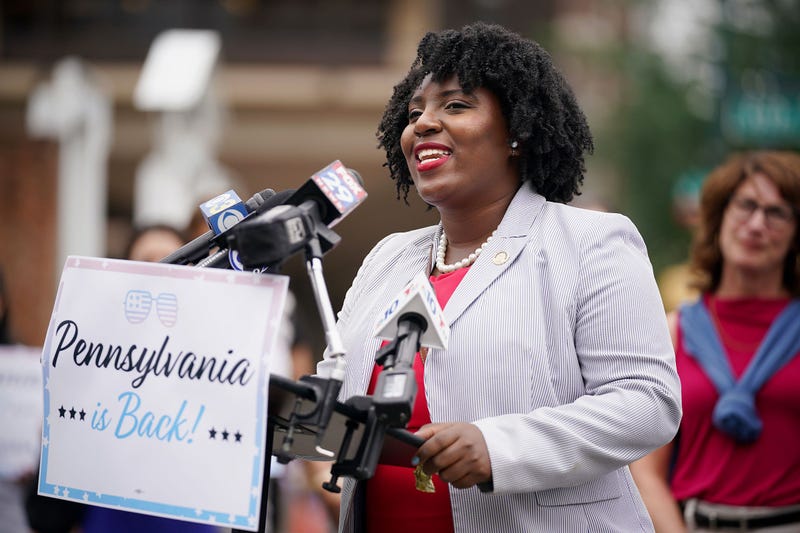 But less than a month after the critical midterm election, Democratic and Republican leaders in the Pennsylvania state House are contesting which party can run the body, a dispute that could determine who has the power to call special elections to fill up to four pending vacancies, and shape who lawmakers pick to lead the chamber on Jan. 3.

Those decisions will impact what legislation advances through the lower chamber during the first few months of incoming Democratic Gov. Josh Shapiro’s administration, and set the tone for the coming two years of policymaking.

While Democrats will likely have a one-vote majority after several special elections to replace their members, it’s an open question who will run the chamber until then. And after a long and partisan session dominated by fights over the 2020 election and the COVID-19 pandemic, neither party appears willing to cede ground without a fight.

Democratic leaders held a news conference Thursday, the first day of the new two-year session, to claim they’re in control, since their party’s candidates won 102 out of 203 seats on Election Day.

But Republican leaders have countered that neither party has a majority, and thus control of the House, since one of the Democrats who won on Nov. 8 was longtime state Rep. Tony DeLuca, D-Allegheny, who died too late to be taken off the ballot. That gives the House a 101-101 split.

Speaking to reporters Thursday, Democratic Leader Joanna McClinton, D-Philadelphia, said the situation is “rather precarious,” but that she hoped Republicans would accept Democrats had won and “cede their votes” to her Jan. 3. 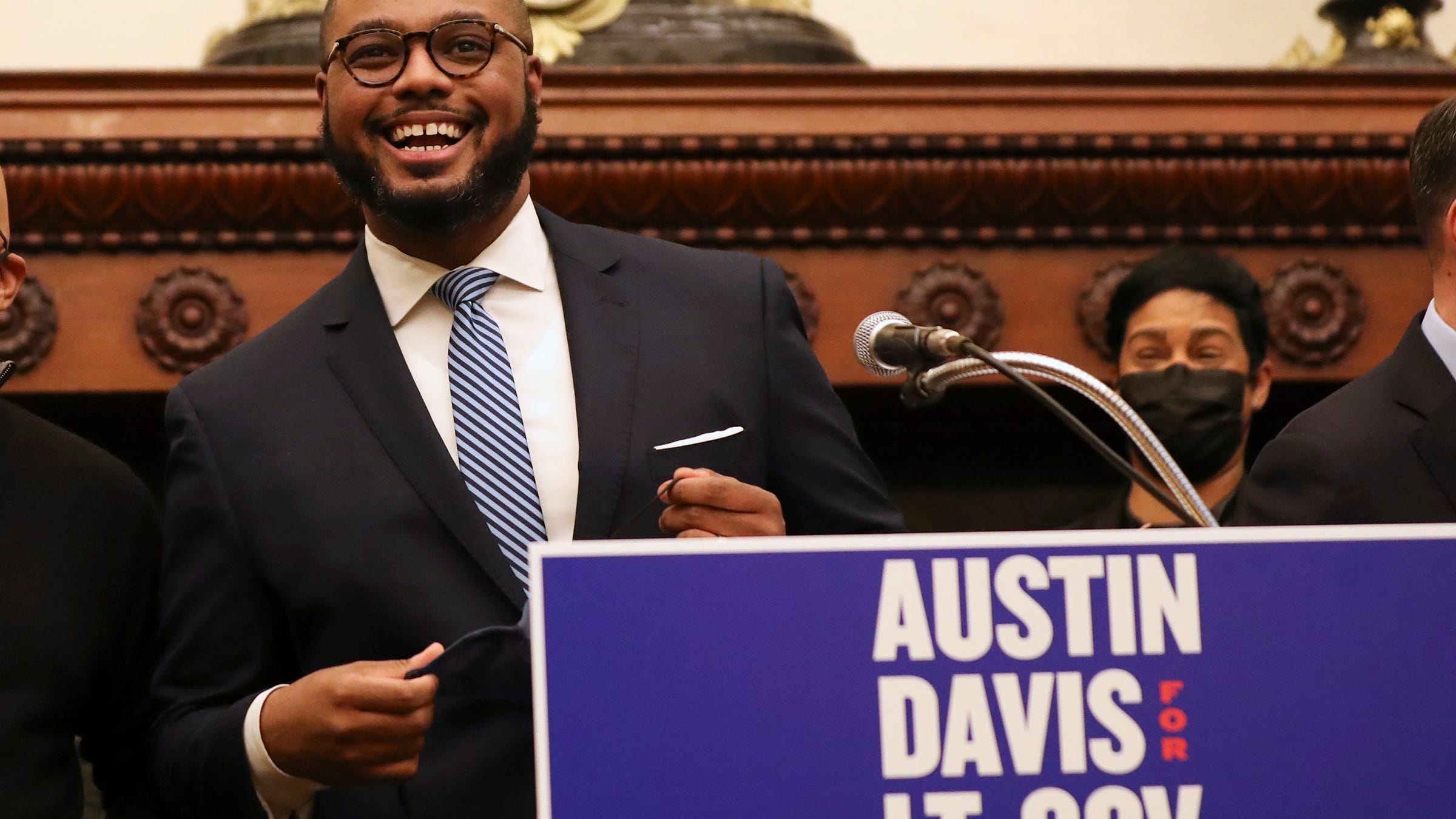 Pa. House Democrats will lose majority for a few weeks — here’s why

In recent years, while the minority party has sometimes nominated one of its own members to challenge the majority’s speaker candidate, they traditionally rescind their votes and ask that the record show unanimous support for the new speaker — a powerful and prestigious post that controls the ebb and flow of debate in the chamber.

“We’re hoping to work across the aisle and see that same type of action happen,” McClinton said Thursday. If elected, she’d be the first woman to ever hold the gavel.

But outgoing Speaker and GOP leader Bryan Cutler, R-Lancaster, has countered that DeLuca’s death nullifies Democrats’ majority. While he has said he won’t again take up the position, Republicans could still offer another candidate instead.

This means that for the next month, the House will have no recognized presiding officer to schedule special elections, and the speakership will be up for grabs come Jan. 3, with the House split an even 101-101.

“There is no clear majority,” Cutler said Wednesday, “and in order to effectuate anything prior to Jan. 3, you have to have a majority and a minority, and we don’t currently have that.” 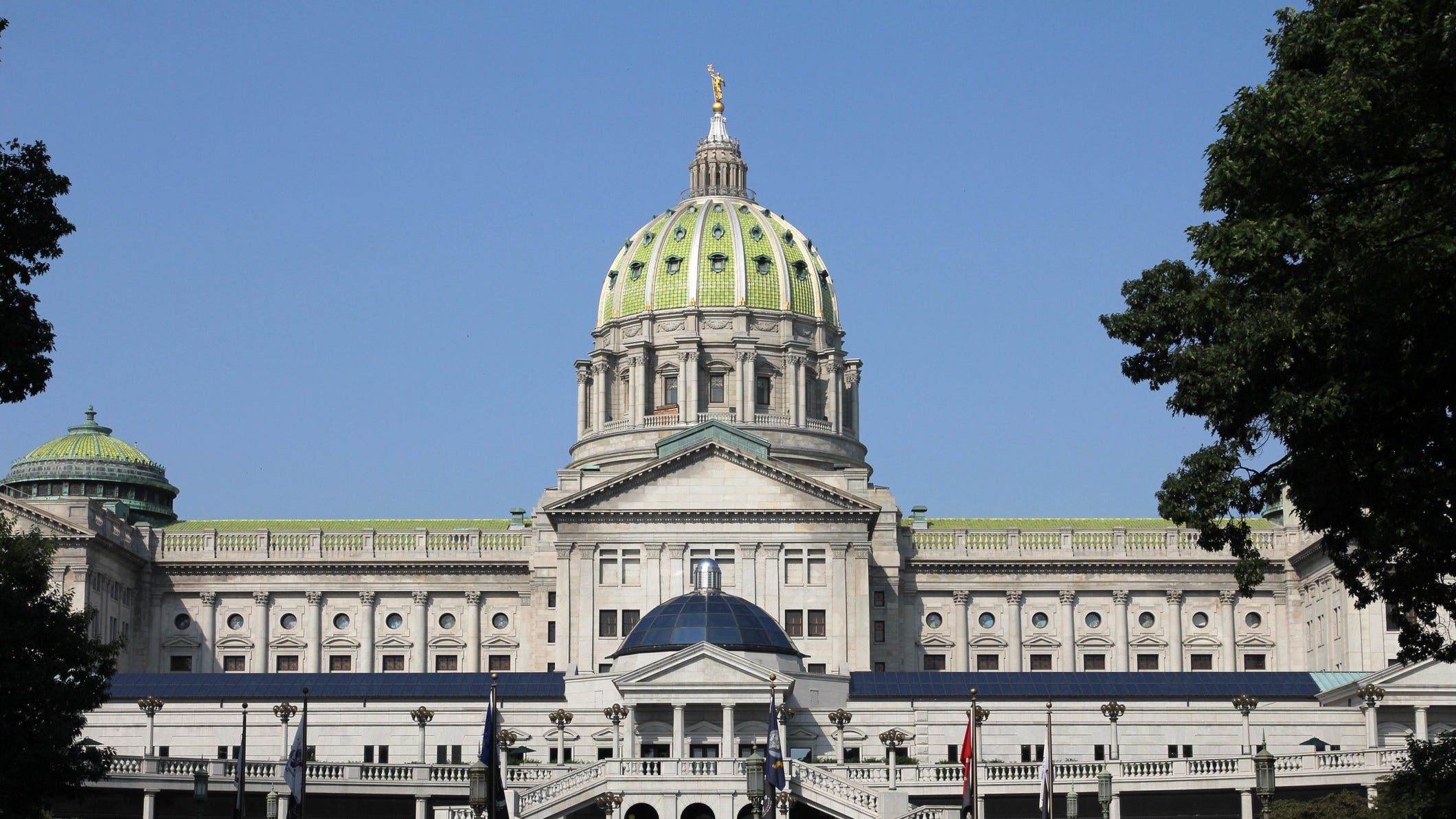 The first clash over Cutler and McClinton’s dueling claims of authority came over the right to schedule the special election to replace DeLuca.

On Wednesday, the last day of the previous legislative session, Cutler set the election for Feb. 7, 2023. Cutler, who was still speaker, said it was imperative to fill the seat as quickly as possible, and claimed it became vacant after Allegheny County certified its election results earlier this week.

In response, McClinton agreed on the date, but said Cutler did not have the authority to schedule an election in a yet-to-start term. She said that role should have fallen to her on Thursday, the first day of the new session, “as majority leader and acting speaker.”

The Department of State must still sign off on Cutler’s chosen election date. A spokesperson said as of Thursday they were reviewing it.

That power is especially critical for Democrats because two more of their members — state Reps. Austin Davis and Summer Lee of Allegheny County — must step down next month to take higher office. Davis was elected lieutenant governor, and Lee won a seat in Congress.

If they resign in December, McClinton could then claim the right to schedule elections to replace them in February, rather than in March or later if they wait until January to resign. However, their early resignations would decrease the number of Democrats in the chamber and require Democrats gain even more Republican votes to elect McClinton as speaker on swearing-in day.

Neither Davis or Lee have resigned; they will not be required to until Jan. 17 or Jan. 3, respectively. McClinton told reporters to “stay tuned.” 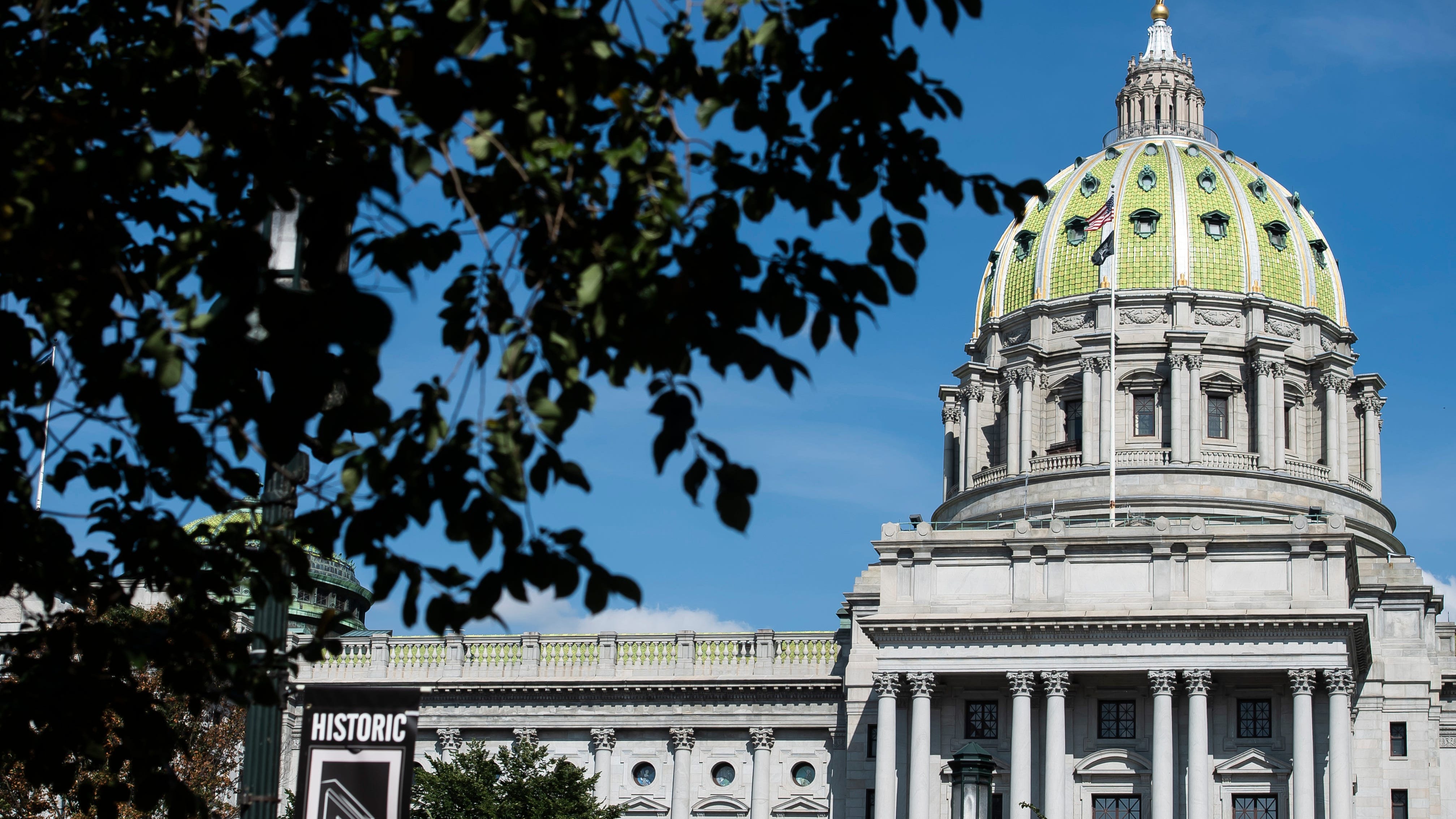 All this debate could be rendered moot if Republicans flip one of the Democratic-won seats in the coming Allegheny County special elections. However, voters in the three seats typically back Democratic candidates by double-digit margins or better.

With control of the House on the line, one big-money GOP group is eying the races. Matt Brouillette, executive director of the Commonwealth Leaders Fund, which advocates for less government and more private schooling and is backed by billionaire Jeff Yass, told Spotlight PA that the group is “evaluating opportunities.”

But Schuyler Sheaffer, a Pittsburgh-based Democratic operative, added that he doesn’t see a realistic path for the GOP “unless something unforeseen happens.”

Still, McClinton’s claim to be “acting speaker” caused a hubbub among Republicans; the term appears nowhere in the state constitution or House rules. Cutler called it “completely inappropriate.”

McClinton acknowledged that the title doesn’t exist in the state’s founding document Thursday, but pointed to past instances of the majority leader taking on the duties of the speaker in the event of their absence.

“While the Constitution does not include the title of acting speaker, it does require a presiding officer,” McClinton said. Women poised to lead both chambers of Pa. Legislature for first time

Has this ever happened before?

On Wednesday, Cutler pointed to a contested speaker’s election in 1979 as the closest precedent. According to news reports at the time, after the election, Republicans appeared likely to have flipped the chamber from Democratic control with a one-seat majority.

However, the reelections of two incumbents, one from each party, were still being disputed in court.

While there was some doubt whether the Republican majority would hold up in court, the party still had a 101-98 advantage on Jan. 2, swearing-in day.

The other vacancies stemmed from a Democratic lawmaker from Allentown dying before Jan. 2, and another Democrat being too sick to attend the ceremony.

Over the span of five hours, the GOP members elected Lebanon County Republican H. Jack Seltzer as speaker in a series of contentious party-line votes. Democrats unsuccessfully objected that they could not elect the House’s top officer without a full majority of 102 lawmakers.

A few weeks later, the state Supreme Court upheld both incumbents’ reelections, giving Republicans a majority that would remain for the rest of the session. In other words, the party that flipped the chamber and had the most seats on swearing-in day picked their preferred speaker, which isn’t particularly useful for today’s deadlocked legislature.

However, another lesson from that episode could be relevant. The flexibility required to govern with such a narrow margin was still apparent to lawmakers some 40 years ago.

“Our philosophical differences still must be overcome,” Seltzer said at the time, according to the AP. “We’ll do it with friendship, argument and pleading — whatever device that is necessary.”

Capitol insiders have already suggested that the razor-thin divide will necessitate negotiations between the two parties as a whole, or with individual members.

Both parties could seek to win over the others’ support for their own speaker with concessions such as the chair of a key committee or promises to consider pet projects and policies.

McClinton hinted at this Thursday, noting that she wanted to change the House’s rules to make the chamber more collaborative.

“We will embrace the challenge of having a very modest majority, because it means that we’re going to have to fundamentally change the way we operate so that we can be more representative of all Pennsylvanians,” McClinton said.

However, both McClinton and Cutler have said their opposite has declined solicitations to chat and hash out a deal.

Still, the call to revise rules matches one that has been made by advocates for months. As currently constructed, Pennsylvania’s legislative rules, which are rewritten at the start of each session but rarely change, place most of the power in the hands of the majority.

The majority party’s committee chairs, picked by the Speaker from a list of the most senior members, decide which bills advance and which die without a vote. The majority leader then has discretion to pick which bills receive consideration from the full chamber.

Looking at the margin earlier this month, Carol Kuniholm, executive director of Fair Districts PA, a nonpartisan group that opposes gerrymandering, said she saw “an opportunity to think through how to get things done in Pennsylvania.”

“Or, if they try to shut out a party, they could end up in a place where nobody gets anything,” she added.