(SportsRadio 610) - After the 23-20 loss at Chicago, here are the weekly Texans observations going into Sunday’s game against the Chargers at NRG Stadium.

Davis Mills celebrated Christmas a day late last season when the Texans hosted the Chargers. On Dec. 26, Mills led the Texans to a 41-29 upset. He completed 21-of-27 (77.8 percent) for 254 yards and two touchdowns without an interception. His rating was 130.6, second to his 141.7 against New England. Mills reached a 100 rating four times as a rookie.

When the Chargers watch tape of the Texans’ first three games while getting ready for Sunday, they won’t see Mills playing the way he did over the last five weeks of his rookie season.

Davis Mills threw an interception in the end zone against Chicago. He threw a second one that was tipped to set up the Bears’ game-winning field goal with no time remaining.

The offense was so bad there are plenty of things to criticize, but how about this one? The Texans faced third-and-1 four times and didn’t convert one of them. How embarrassing is that?

Offensive coordinator Pep Hamilton, who’s calling the plays in place of his predecessor, Tim Kelly, has to take some of the blame for the failures and for the overall lack of production by his offense.

Where was backup quarterback Jeff Driskel when the offense needed him?

Since he was strip-sacked in the fourth quarter of the tie against Indianapolis when the Texans were leading 20-6, Mills has connected on 42-of-78 (54 percent) for 448 yards with one touchdown, two interceptions and 12 sacks. 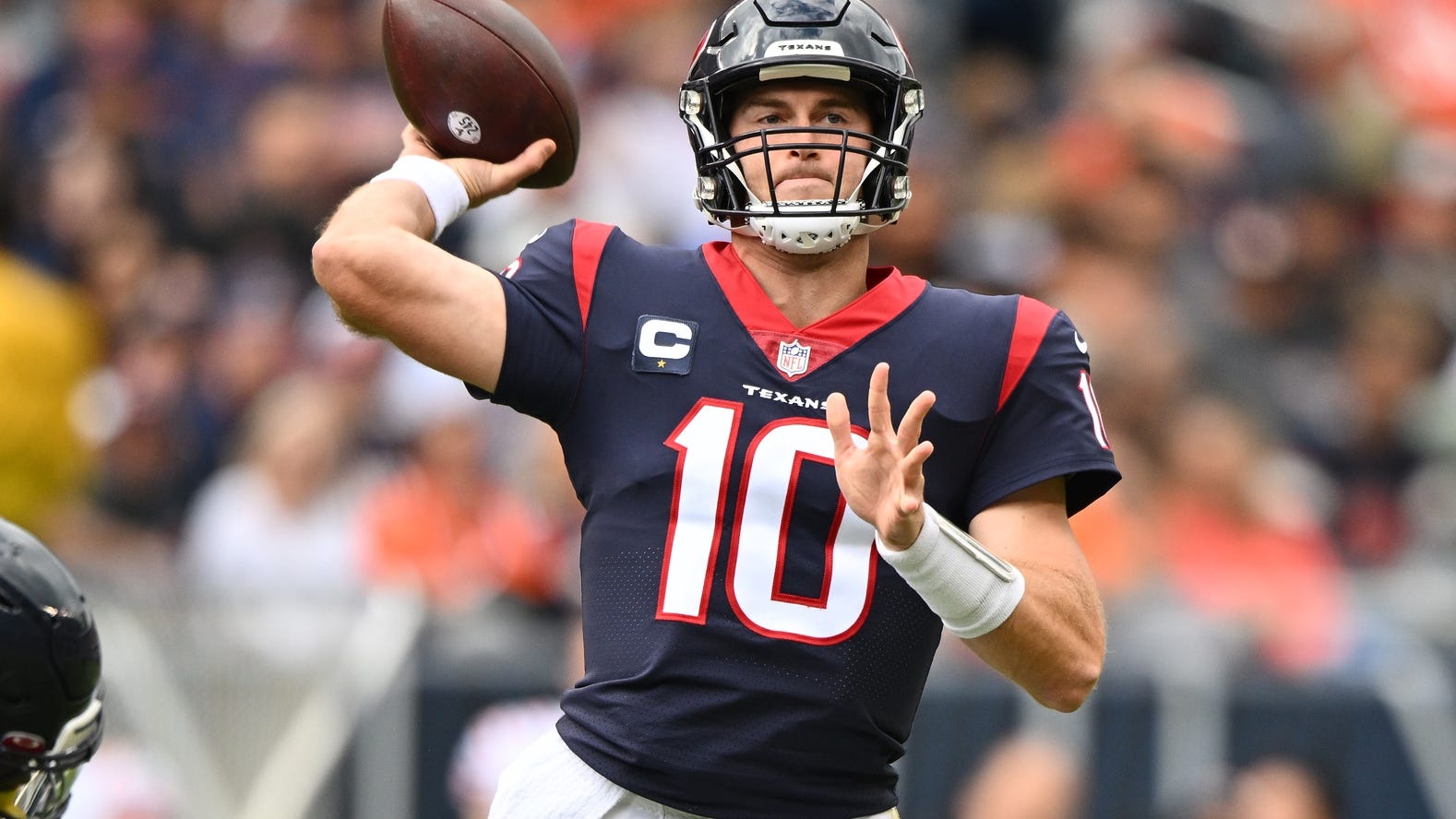 Bijani: Avoiding the obvious not enough to dispel the inevitable with Texans' offense

PITRE WAS THE TEXANS’ BEST PLAYER

Safety Jalen Pitre, the second-round pick from Baylor, was outstanding against the Bears. He had eight tackles, including two for loss, to go with two interceptions and a sack.

Pitre played against the Bears the way he played for the Bears in Waco, where he was voted Big 12 Defensive Player of the Year in 2021. Expect Pitre to have more performances like the one in Chicago. 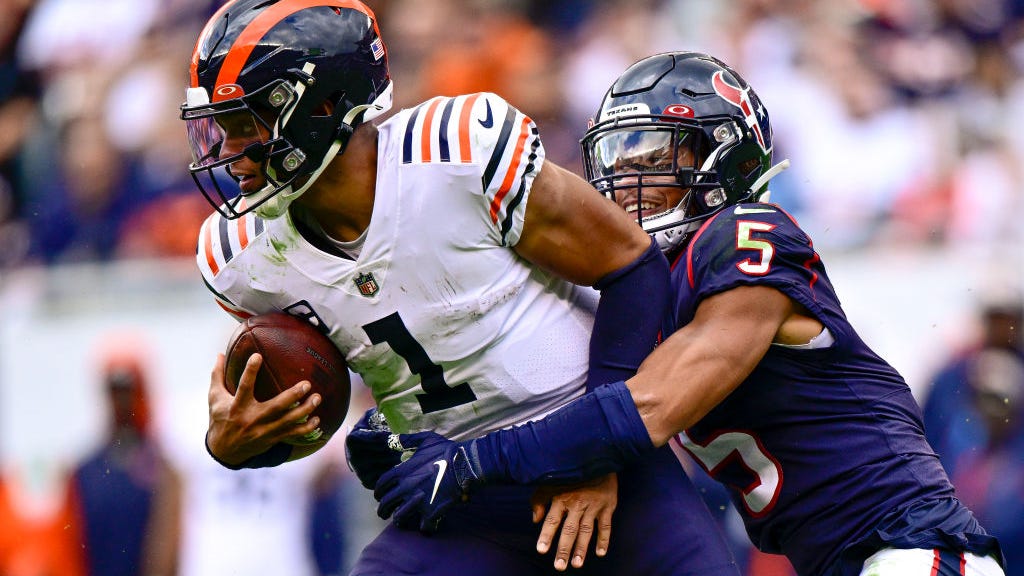 Jalen Pitre puts on a defensive clinic, not enough as Texans fall to Bears

RUN DEFENSE IS LAST IN THE NFL

After allowing a humiliating 281 yards rushing, including 7 a carry, at Soldier Field, it’s no surprise the Texans have fallen into their accustomed place as the worst run defense in the NFL. They finished last in 2021 and 31st in 2020.

They supplanted the Bears as the worst, allowing 202.3 yards rushing through three games. Chicago, which limited the Texans to 92 yards, is tied for 30th with Seattle, surrendering 157 a game.

The Texans are giving up 5.6 yards a carry, and, believe it or not, they don’t rank last in that statistic. That distinction belongs to the Titans (5.8).

What made the Texans’ wretched run defense even more embarrassing is the Bears obliterated them on the ground, despite leading rusher David Montgomery producing only 11 yards on three carries before suffering ankle and knee injuries that forced him out of the game.

BEARS HAVE A LEGITIMATE BACKUP RUNNING BACK

General manager Nick Caserio and coach Lovie Smith should have done a better job of finding a second running back behind rookie Dameon Pierce besides Rex Burkhead. That point was further illustrated in the last two losses to Denver and Chicago.

Khalil Herbert came off the bench in Chicago to replace the injured David Montgomery and pulverized the Texans’ run defense with 157 yards on 20 carries and two touchdowns. A 52-yard run helped him average 7.9 yards a carry – better than quarterback Davis Mills’ 7.7 average per attempt.

Burkhead carried three times for 9 yards. He caught four passes for 21 yards. He was the target of Davis Mills’ third-and-1 pass that linebacker Roquan Smith intercepted to set up the Bears’ winning field goal.

Burkhead shouldn’t have been on the field. Yes, Pierce fumbled twice, but both were recovered by the Texans. He should have been in the game.

The Texans have no chance this season when Burkhead is used as a runner or receiver. As soon as Pep Hamilton figures that out, the better the offense could be.

Just how pathetic was the Texans’ run defense? The Bears rushed for 281 yards, including 122 on three carries by Herbert (52), St. Brown (41) and Justin Fields (29). The Texans haven’t reached triple digits in three games, much less 122.

That’s how pathetic the Texans’ run defense was and continues to be.

John McClain can be heard Tuesday, Wednesday and Friday on Sports Radio 610 and Monday and Thursday on Texans Radio. He does three weekly Houtopia Podcasts for SportsRadio610.com. He also can be read four times a week on GallerySports.com.