According to the Houston Chronicle’s Aaron Wilson, both Frazier and Culley have made strong impressions on Texans leadership.

Leslie Frazier, interviewed by Texans on Tuesday in Houston, and David Culley, interviewing this morning here, under heavy consideration for the job, per sources. Texans also interviewed Jim Caldwell twice and impressed by him.
Mike Singletary on Frazier:https://t.co/kXm5MzmSRf

David Culley, a Texans head coaching candidate interviewing today in Houston, has made a really strong impression with his people skills, knowledge of the game and ability to connect with players. NFL colleagues have called Culley 'rare' in his ability to gain buy-in with players

Frazier, 61, is better known because he’s been a head coach before (Minnesota Vikings, 2010-13) and he was a cornerback for the 1985 Bears, one of the most famous squads in NFL history.

Culley, 65, is highly regarded in league circles but not nearly as recognizable a name. With the Ravens' being a run-heavy offense, there hasn't been much love for the passing game coordinator behind the quarterback who won MVP just a year ago.

So let’s go through the five things you need to know about what appears to be a finalist for Texans head coach.

One interesting aspect of the Texans’ coaching search is how three of their prospects coached under the Chiefs’ Super Bowl winning coach -- Culley, Frazier and current offensive coordinator Eric Bieniemy (who was a player for all three of them with the Eagles in 1999).

Bieniemy, 51, is believed to be an up-and-coming coach, but the Texans have shown more interest in the two older coaches.

Culley spent 14 years with Reid in Philadelphia as the Eagles’ wide receivers coach, then followed him to Kansas City from 2013 to 2016.

Reid courted Culley in 1999 to keep him from joining the Green Bay Packers’ or Seattle Seahawks’ staff, and it was the beginning of a strong working relationship. 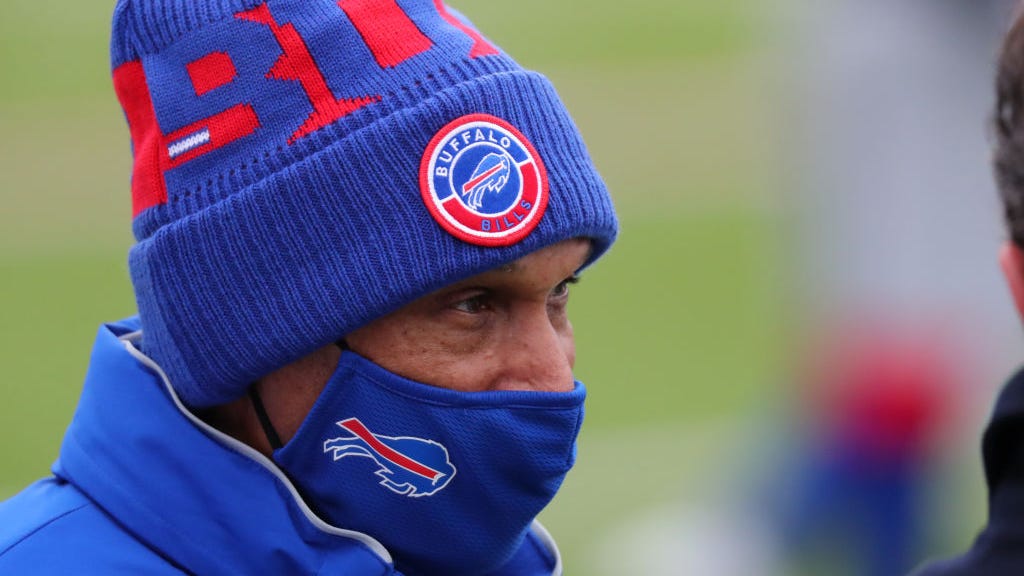 We may not know a lot about Culley, but the way Reid describes him as a leader and teacher is compelling.

Here’s Reid to Chiefs.com about six years ago:

"I think he's honest," Reid said. "I think he gives you the same picture every day. He's upbeat and he loves life. He's an energy giver and he's optimistic.

"If things aren't going well, he's going to find out the problem and he's going to fix it. He's not going to hang his head about it. He's brutally honest with the players saying, 'Hey you're doing a great job' or 'You're screwing up. Here's what you have to do.'

"He really teaches them."

Which brings us to this little nugget ...

Reports are Watson and Culley connected at the Pro Bowl last year, when the Ravens coaching staff led the AFC team.

David Culley, traveling to Houston on Tuesday for his second job interview with Texans, coached Deshaun Watson in the Pro Bowl last year as part of Ravens' coaching staff. Watson and Culley built a really good connection that week, according to sources

It’s no secret the next head coach should be hired with Watson in mind, someone who can both maximize his special ability and ideally someone with his personal approval, given how the offseason has gone.

But with recent reports indicating Watson’s discontent with the organization won’t be swayed by the coaching hire, it’s difficult to assume this will carry much weight.

Without Watson, the new head coach’s uphill battle just becomes steeper. If Culley’s the problem-solver Reid says he is, this will be an opportunity for him to leverage that experience in Orlando and flex those muscles.

Before Culley arrived at Vanderbilt in the mid-70s, every other black quarterback who played Vanderbilt had been asked to change positions.
That was almost standard procedure back in the day.

But Culley was different.

He had options coming out of high school in Tennessee. He’d taken notice of the Vanderbilt quarterback before him, Watson Brown, the older brother of former Texas Longhorns and current University of North Carolina coach Mack Brown.

Culley saw Vanderbilt had upset Alabama, leading to Brown on the cover of Sports Illustrated. That’s who Culley wanted to follow, and it was just an hour and a half away from his hometown Sparta.

Recruited to Vandy by Bill Parcells

Funny enough, Parcells was in his first year coaching linebackers at Vanderbilt when it was time to recruit Culley.

Parcells, certainly aware of the tendency to move black quarterbacks to different positions, told Culley that he’d be welcomed on the defense if he wasn’t any good on offense.

While Culley found Parcells intimidating, he said the coach was a great recruiter and convinced him to play at Vanderbilt.