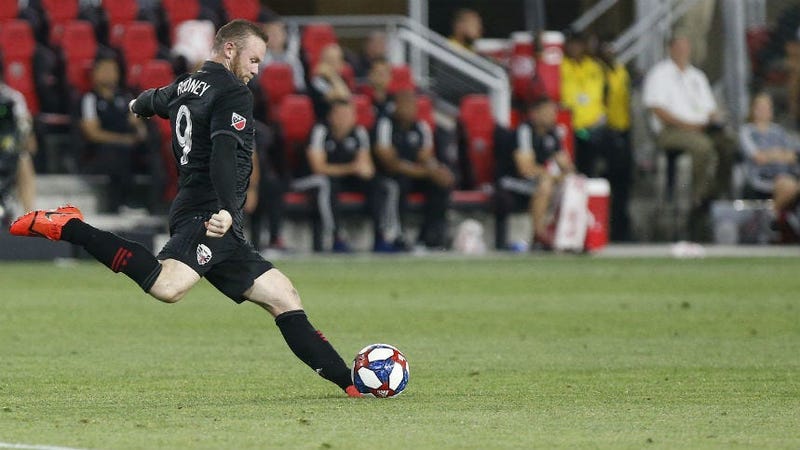 Now that, was a goal!

D.C. United captain Wayne Rooney has a flair for the dramatic. From a tremendous overhead kick at Old Trafford in the 2011 Manchester Derby, the striker is always up to do something daring.
Wednesday night at Audi Field, the man from Merseyside had his mind set on another highlight-reel goal when the ball landed at his feet early in the first half and Orlando City keeper Brian Rowe totally off his line. And so, Rooney went for it all from deep.
The result? Just see for yourself.

WAYNE ROONEY FROM PAST MIDFIELD!!!! pic.twitter.com/dJ5BriAOx3

Seriously, that is a preposterous goal Rooney scored from his own half.

“So many times, different managers, teammates, are like: ‘Why are you practicing this? You won’t score from this position,'” Rooney said after United's 1-0 win. “On nights like tonight, it’s why I do practice it. It was a good strike and important goal.”

You can almost forgive Rowe for being so far out of position because who would be so audacious to attempt such a shot?

There is no way that Rooney doesn't try a long-distance chip on Kronholm this game. He's stayed way out, way way out, all game. Pretty strange. Rooney has tried to chip a keeper from 40-50 yards 3 or 4 times this year, without success. #DCU

But to attempt something as ambitious as that is one thing, to pull it off is a another thing entirely. Guts and skill from the 33-year-old.

Unfortunately for Rowe, he missed it by... that much.

OK, we need to see that one more time.

Did you see that? He must have a foot like a traction engine!