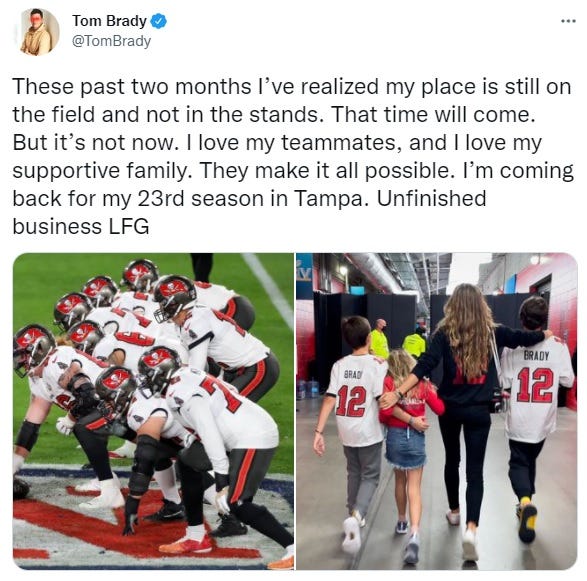 It was inside of two months ago that Tom Brady, regularly described as the greatest to ever play the quarterback position, announced he had enough. At 44 years of age and enough Super Bowl rings he required both hands to wear them all, the Patriot-turned-Buccaneer decided to walk away.

Brady's retirement lasted just slightly longer than an Atlanta Falcons' lead in a Super Bowl. Early Sunday evening, Brady took to Twitter to tell the world that he realized his place was "still on the field, not in the stands."

When he announced his retirement, Tampa Head Coach Bruce Arians said the team would be moving on at the position, but that Brady changed his mind, he'd be welcomed back to the organization with open arms.

So, for now, the NFC South will have to deal with Brady for at least one more year. We will update this page when more details become available.