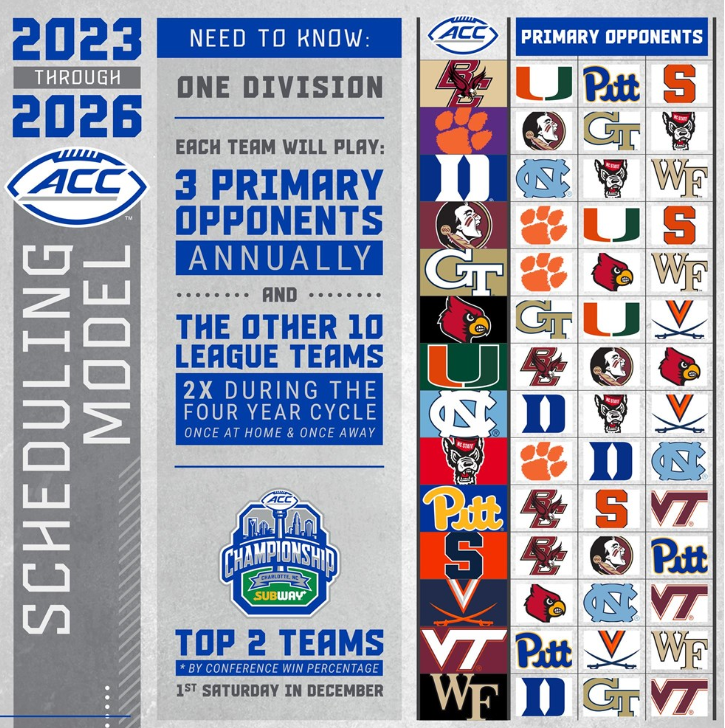 Under this model, all 14 ACC teams will play the other 13 both home and away over the course of a four year period, and the Atlantic and Coastal Divisions will be eliminated. All programs will play within one division, and the teams with the highest conference winning percentage will play in the ACC Championship game in Charlotte.

Included in the announcement were the permanent rivalry pairings of every ACC school, including Clemson, who will play Florida State, North Carolina State, and Georgia Tech every year.