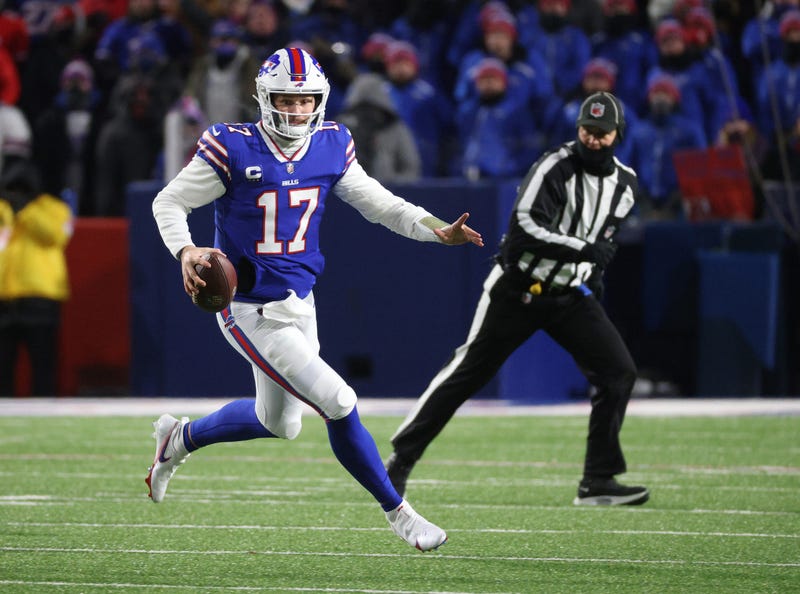 The "Bills Mafia" is one of, if not the most passionate fanbase in pro football. That was evident Saturday, when they packed the house Saturday in artic temperatures. While it was frigidly cold outside, the Bills caught fire on the field. It was a no-doubter, as Buffalo never trailed. The Bills built an insurmountable 27-3 lead at the halftime break. Buffalo completely decimated New England on their way to a 47-17 win in the Wildcard round.

Buffalo dominated the Pats statistically speaking. Buffalo racked up over 480 yards of total offense while holding the Pats to 305 total yards. The Bills had a 308-216 passing game advantage and outrushed the Pats 174-89. Buffalo also won the turnover battle, they were +2 on the day and didn't turn it over all game. Buffalo also was 6 of 7 on 3rd down conversions and racked up 29 1st downs.

Josh Allen clearly won the QB comparison on Saturday. Allen has become on the of the top tier QB's in the league. Saturday, Allen was an incredibly efficient 21 of 25 for 308 yards and 5 TD's. He also ran for 66 yards on 6 carries. For New England, Mac Jones was 24 of 38 for 232 yards, he threw for 2 TD's but also was intercepted twice.

Kendrick Bourne had 7 catches for 77 yards and 2 TD's for New England. However, the Bills did not allow another Patriot receiver to gain more than 50 yards receiving.

The Bills averaged 9 yards per play in Saturday's blow out playoff win. RB Devin Singletary led the way on the ground with 16 carries for 81 yards and 2 TD's. Dawson Knox had 5 catches for 89 yards and 2 TD's. Allen found a total of four Bills receivers for TD's. Gabriel Davis, Emmanuel Sanders and Tommy Doyle all added TD catches. It was a playoff decimation of New England unlike anything we've ever seen in the Bill Belechik era.