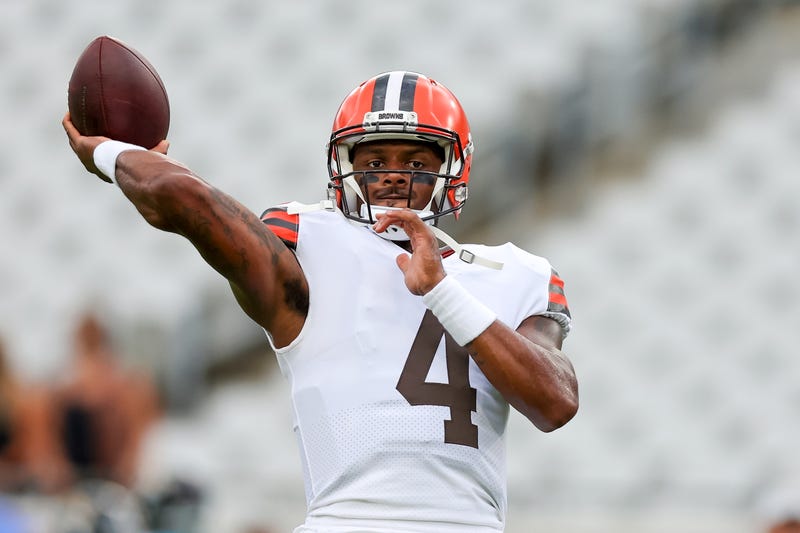 On Thursday afternoon, ESPN reported that former Clemson Tiger quarterback Deshaun Watson reached a settlement with the National Football League on a punishment for his violations of the League's Player Conduct Policy.

In a tweet issued by ESPN's Adam Schefter, it was reported that Watson will be suspend for eleven games, nearly double the six game suspension that was initially handed down in the first phase of the process - a suspension that was appealed by the NFL.

Breaking: NFL and NFLPA reached agreement on an 11-game suspension for Browns QB Deshaun Watson, per sources. The settlement also includes a fine of $5 million that will go to charity. Deal still is not signed but it is agreed to. pic.twitter.com/2dFvcePL9k

After the appeal was announced by Goodell, the NFL took over the process. However, instead of issuing the judgement himself, Roger Goodell appointed former New Jersey Attorney General Peter C. Harvey. Harvey was given the right to issue to final and binding punishment, but reportedly elected to hold his decision while the NFL and Watson's camps attempted to reach a settlement regarding the punishment.

While there was no timeline put in place for Harvey's final decision, the Cleveland Browns elected to play Watson in their first pregame game at Jacksonville last weekend, a move thought to be intended to put pressure on the NFL to reach a final conclusion - and decide if the NFL Players' Association would file litigation regarding that decision.

Alongside the eleven game suspension, Watson will also pay a fine of five million dollars, which will be donated to charity by the league.

The first team Deshaun Watson will be eligible to face upon his return?