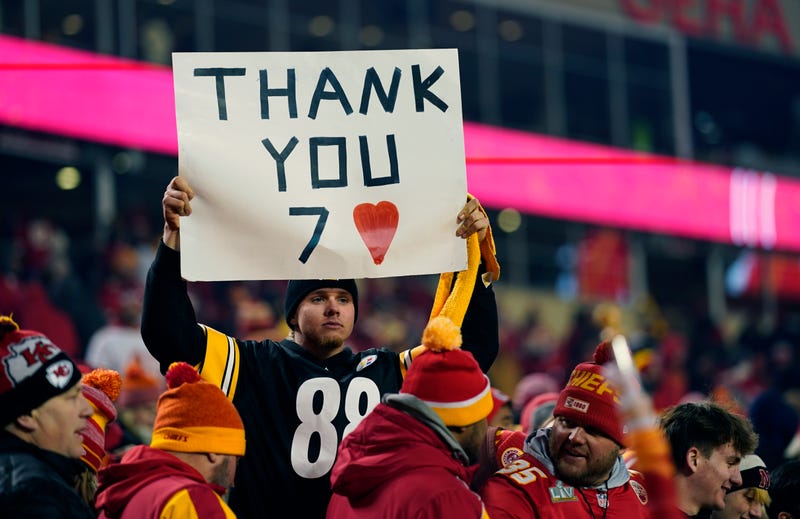 Pittsburgh Steelers head coach Mike Tomlin couldn't have asked for a better start against the Kansas City Chiefs. Despite a stagnant offense, with Big Ben under center in presumably his last game in black and yellow, Pittsburgh struck first after a Chiefs' trick play ended in a T.J. Watt fumble return for a touchdown.

Once the seal was broken, Kansas City didn't have another scoreless 10 minutes for the remainder of the game. Pittsburgh held it to all zeroes for the first quarter and more than half of the second.

Quarterback Patrick Mahomes and the Chiefs scored on six straight possessions after the turnover, and the all-world QB finished with 404 yards through the air and five touchdowns in a 42-21 wild-card win.

"We were all pissed at ourselves," Mahomes said postgame. "We weren't playing with enough energy. We weren't playing at a high enough level. We all motivated ourselves. Everyone was talking to each other, and we came out with a different urgency."

Roethlisberger was monstrously outplayed by his younger AFC counterpart, throwing two garbage-time touchdowns late in the contest and finished 29-44 through the air for 215 yards. In the span of six minutes after Pittsburgh took the lead for the first, and only time, Kansas City turned a one-touchdown deficit into a 21-7 advantage.

Afterwards? It was never close.

“I mean, we lost. It stinks. But when you get to the tournament, only one team is going to end the season the way you want,” Roethlisberger said after the loss. “I will say, I'm proud of the way our guys fought tonight.”

With the Steelers 9-8-1 playoff season finishing as a one-and-done, Kansas City will move on to the divisional round to face the Buffalo Bills, who boat-raced division rival New England in their wild-card matchup 47-17. Kansas City versus Buffalo will be a rematch of the AFC Championship game last year, where the Chiefs moved on to lose the Super Bowl in a 38-24 victory against quarterback Josh Allen and head coach Sean McDermott.