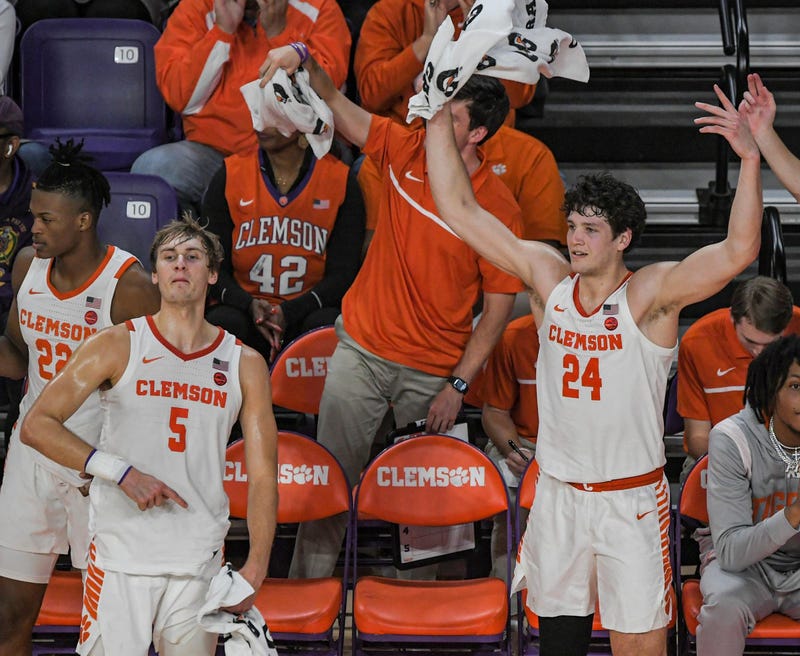 With last night's 83-70 home win over Louisville , Clemson Men's Basketball has now achieved another milestone. On Saturday, Clemson won on the road at Pitt matching their best start in ACC play in over 25 years. Their win over Louisville Wednesday night gives Clemson its best ever start in conference action, as they moved to 6-0.

The Tigers win over the Cardinals was fueled by a hot start and offensive balance. The Tigers had four players in double figures. Upstate natives PJ Hall and Brevin Galloway had 10 each and Chase Hunter added a baker's dozen.

The Tigers were led by Hunter Tyson who had his 6th straight double-double in conference play. Tyson had game highs for points and rebounds, scoring 28 and grabbing 11 boards. Clemson looks to continue their historic start when they host 24th ranked Duke on Saturday for a 5 PM tipoff.