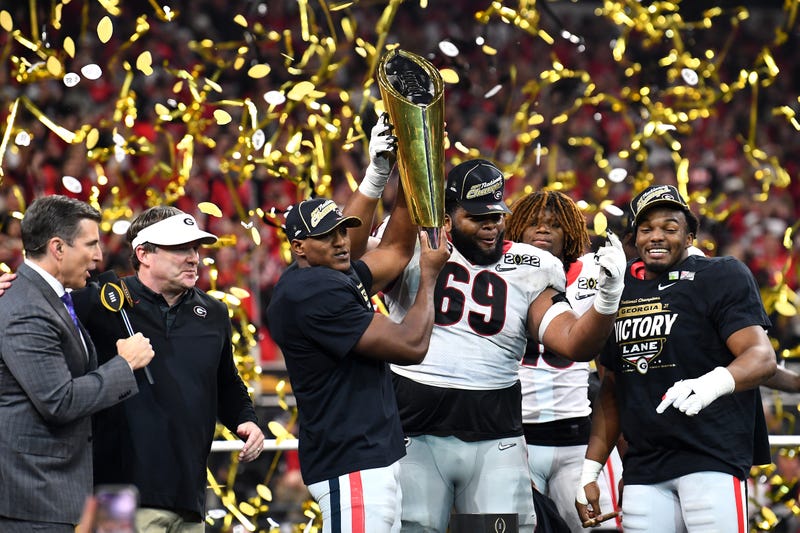 There may always be teams who believe they've been left out of the College Football National Championship Playoffs in the past - but the opportunities for that complaint in the future have just decreased.

After an agreement was struck with the Rose Bowl on Wednesday night that opened the door for an expanded playoff bracket, the College Football Playoff Committee walked through it, announcing on Thursday morning that beginning in 2024 a dozen teams will compete for the biggest trophy of them all.

Bill Hancock, Executive Director of the CFP, said "we're delighted to be moving forward. When the board expanded the playoff beginning in 2026 and asked the CFP Management Committee to examine the feasibility of starting the new format earlier, the Management Committee went right to work. More teams and more access mean more exitement for fans, alumni, students, and student-athletes."

Under the new format, will take place in late December, well after conference championship weekend, and the opening round will take place on the campuses of the teams serving as hosts.

The 12 team bracket will feature the six highest-ranked conference champions, as well as the next six highest ranked teams from the field. The top four conference champions will be seeded 1-4, and will receive a first round bye. The next four highest ranked teams will be seeded 5-8 and will host teams 9-12 in their home stadiums - unless extenuating circumstances force them into another facility of their choosing.

While they have yet to be officially announced, the locations and dates for the quarterfinals, semifinals, and finals have been determined and will be released at a later date.

Stay tuned as this page will updated when more details become available.