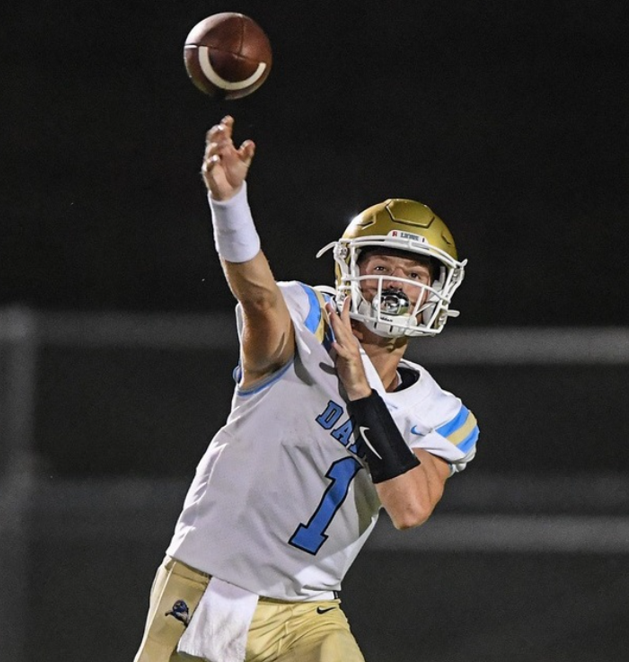 Daniel QB Blaine Simmons had 5 total TD's last week, three by air and two on the ground in the Lions 42-14 win over Pickens. For that performance he was named The Fan Upstate HS Football Player Of The Week. Daniel is unbeaten and has won every game by 17 or more, thus far this season. Simmons has stepped into a high profile, high pressure role as the leader of the Daniel offense and handled it tremendously. He took over the starting job after standout Trent Pearman graduated last season. Those two have quarterbacked Daniel to a school record 28 straight wins and the program is looking for its 3rd straight State Title in 3A. Sometimes people are beyond their years in leadership and poise and that is seemingly the case with Simmons. He joined "Offsides" with Marc Ryan and Diesel on Wednesday after being named Player Of The Week. That full interview is below.