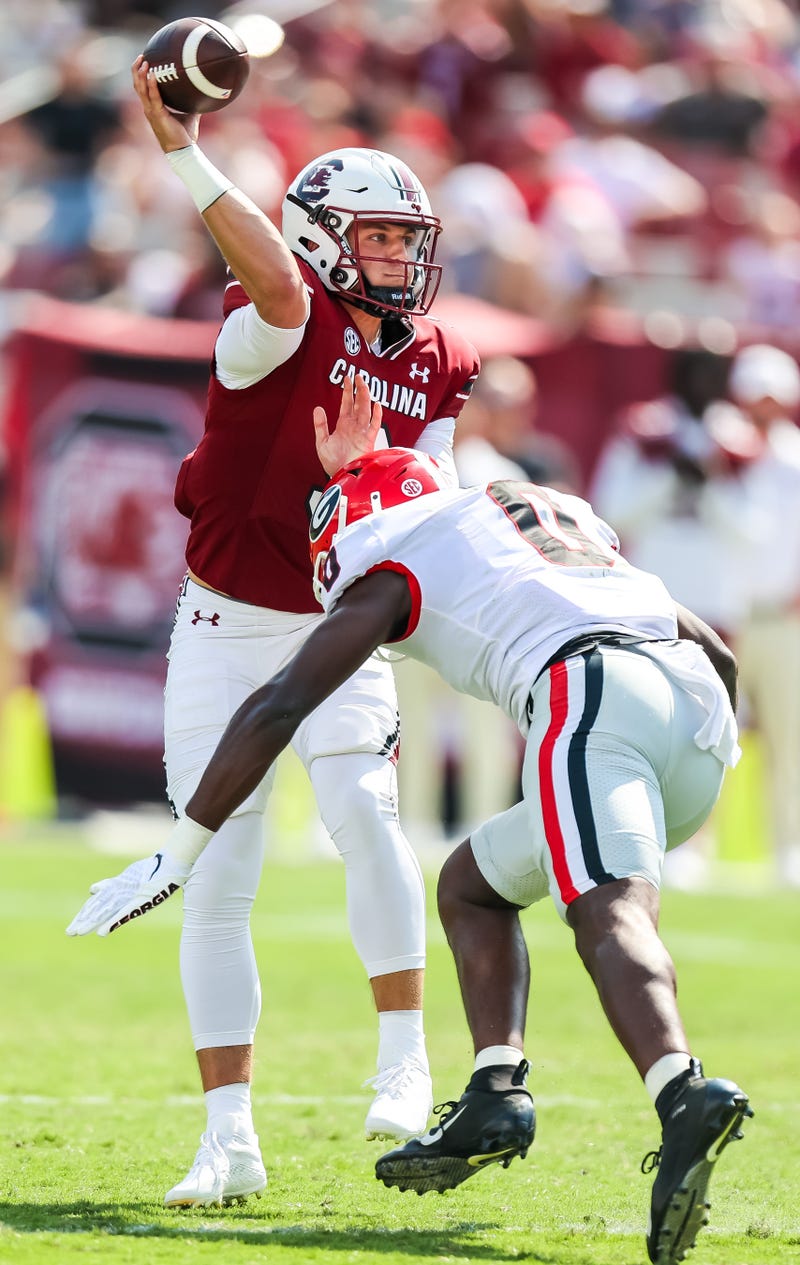 Leading up to Saturday's game between South Carolina and Georgia there was some talk that maybe South Carolina could make the game interesting. That was a narrative that ultimately, I wasn't buying and evidently neither was Georgia. It ended up playing out completely opposite to that narrative as Georgia dominated from start to finish winning 48-7 at Williams Brice.

The #1 Bulldogs struck early and often on Saturday, they got on the board with a TD run from Brock Bowers. I am not sure it's even debatable whether Bowers is the nation's best Tight End. He would have three total TD's on the game, 2 TD catches and one rushing. The 1st half for Georgia entailed two TD's from Bowers, a TD run from Kendall Minton and a 42 yard Field Goal. Georgia came in throwing haymakers and had South Carolina all but knocked out by halftime, taking a 24-0 lead to the break.

The 2nd half was more of the first, as Georgia scored on a 78 yard TD pass from Stetson Bennett to Brock Bowers. Bennett would then score on a 11 yard TD run and that would be the end of his day. Georgia back up QB Carson Beck would come in a throw a 28 yard TD pass to Oscar Delp. That gave Georgia a commanding 45-0 lead after three quarters.

Georgia would add a 21 yard field goal in the 4th to make it 48-0. South Carolina would finally get on the board when back up QB Luke Doty would find Traevon Kenion for a 13 yard TD pass. That would make the final margin 48-7.

South Carolina's offensive line has struggled all year thus far to open up holes for the run game. While that trend continued on Saturday, SC did have their season high for rushing yards with 92. However, most of that came in the 2nd half with the game already in hand.

Stetson Bennett is continuing to play at a high level. He could put himself solidly in the Heisman conversation if this continues. That in itself would be a hollywood like script for a former walk-on to go to Heisman finalist , let along Heisman winner. He was 16 of 23 for 284 yards and 2 TD's and was pulled in the 3rd quarter with Georgia up big. He carried the ball 3 times for 36 yards and a TD, pulling it down and taking what was there when needed.

Georgia moves to 3-0 on the season and 1-0 in SEC play. They host Kent State on Saturday. South Carolina looks to regroup, they fall to 1-2 on the year and 0-2 in the SEC. They have Charlotte at home for a 7:30 kickoff Saturday night.