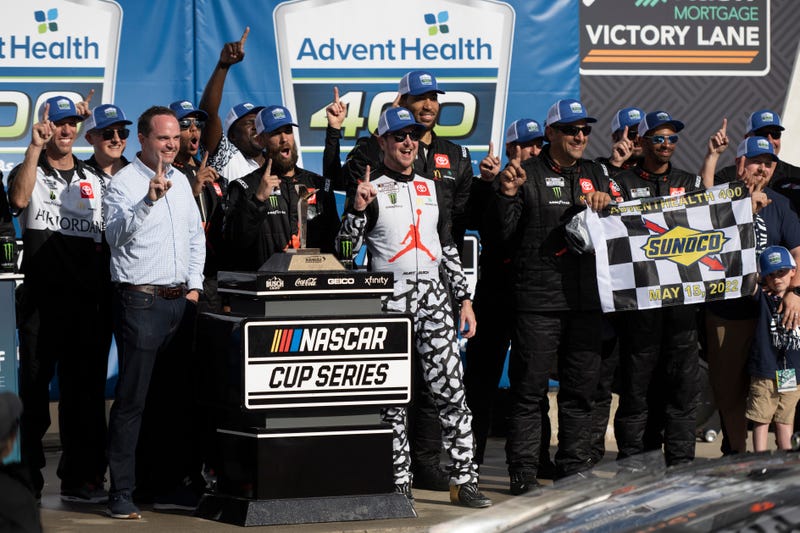 Kurt Busch broke through for his first Cup Series win since July of last year. For Busch it's not only his first win of the 2022 season, but also his 1st in a Toyota and the 1st win in the Jordan logo car. The Michael Jordan owned race team now has two all time wins, Bubba Wallace got the team's inaugural win last year at Talladega.

Kurt Busch was able to pass Kyle Larson to take the lead with about 8 laps left Sunday at Kansas. Larson got into the wall when Busch passed but was able to maintain the 2nd spot. It was the 3rd wall bump of the race for Larson during the race. The eventual winner held off hard late charges from both Larson and his brother Kyle down the stretch.

Next up is the NASCAR All Star Races in Fort Worth, Texas on Sunday.