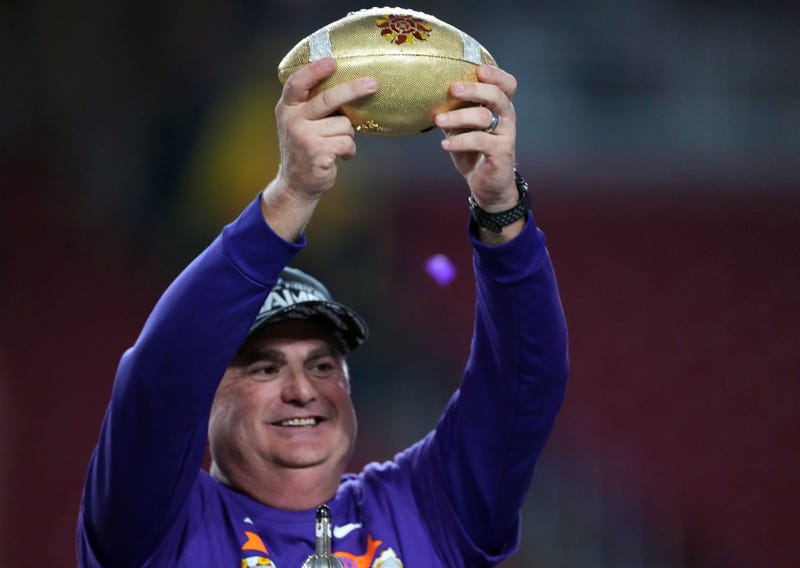 Max Duggan accounted for four touchdowns, TCU returned two interceptions for scores and the third-ranked Horned Frogs withstood a second-half surge by Michigan to win the Fiesta Bowl 51-45 on Saturday night and advance to the College Football Playoff national championship. Early miscues did Michigan in, the Wolverines had a turnover on downs in a goal-to go situation, a pick 6 and fumbled at the TCU goal line, all in the 1st quarter.

TCU (13-1), the most unlikely team ever to reach the four-team playoff in its nine-year history, has one more game left in its improbable season and it will come against No. 1 Georgia.

Coming off a losing 2021 season and picked to finish seventh in the Big 12 in Sonny Dykes’ first year as coach, the Horned Frogs will try to win the program’s first national championship since 1938.

Duggan and the Frogs will no doubt be underdogs — again. That didn’t matter much against Michigan (13-1) as they took it to the big, bad Big Ten champions and turned the Fiesta Bowl into a circa-2010, Big 12-style score-fest.

TCU has been an underdog or long shot all season , as they have embarked on this run. They will take on the defending champs Georgia in the National Title Game, which is set for the night of Monday January 9th and will air on ESPN.