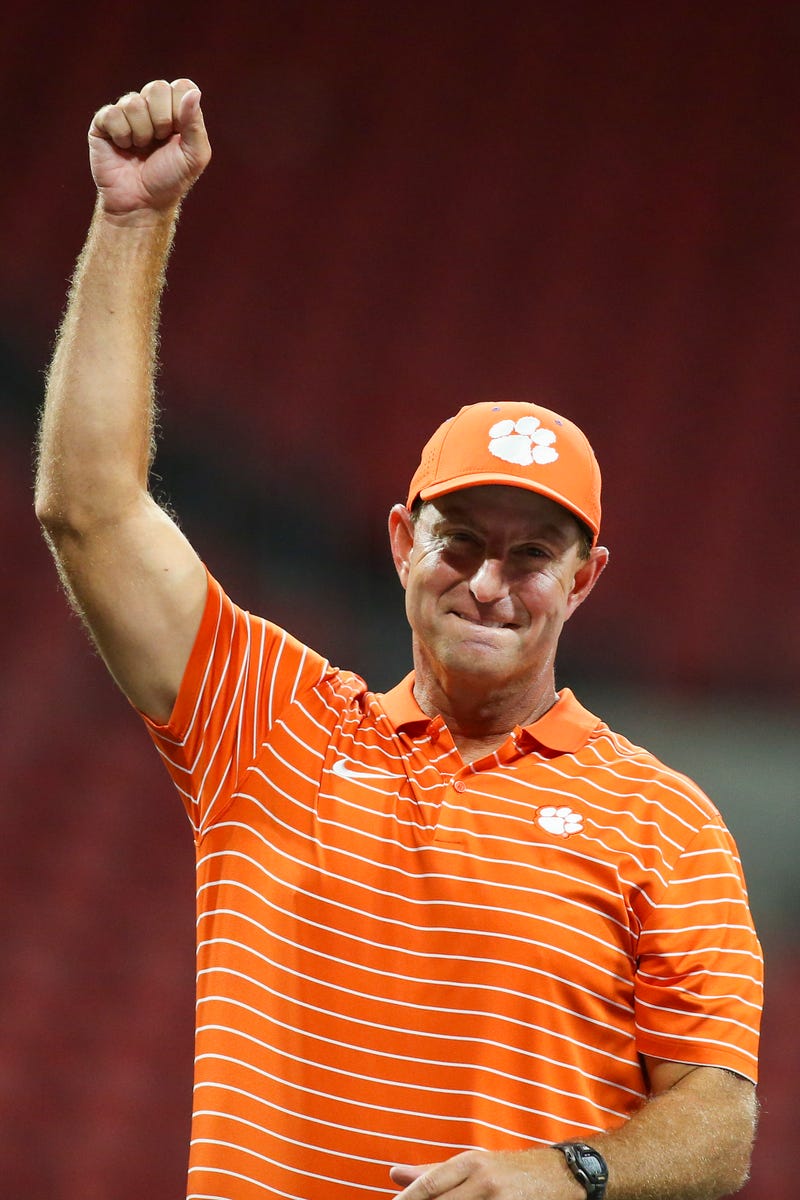 A contract extension is set to keep Coach Dabo Swinney in Tiger Town for the next decade. The terms of the new deal for Dabo are 10 years at a total of 115 million, an average of 11.5 million per. The new deal runs through 2031, Swinney had seven years and 66 million left on the deal he signed in 2019.

Clemson Football had extra funding after the departures of Defensive Coordinator Brent Venables and Offensive Play Caller Tony Elliott. Both of those men made over 2 million annually, their replacements Wes Goodwin and Brandon Streeter make less than half that number.

Swinney is one of only two active Head Coaches in the country with multiple National Titles. He also has led Clemson to 7 ACC Titles and been named National Coach Of The Year three times. The contract makes Swinney the 2nd highest paid coach in the country next to Alabama's Nick Saban.

Clemson AD Graham Neff said in a statement from the Athletic Dept. Thursday " “I am appreciative of the support from the Board of Trustees to President Clements to ensure we can continue to build on a firm foundation, as Clemson football and Coach Swinney’s leadership are a key driver for our university,” said Neff. “Coach Swinney and his family’s impact on our community and department cannot be understated, and his success and stability nationally is truly uncommon. It is critical that Clemson continue to invest in our football program, and ensure our head coach is at Clemson for a long, long time. The best is yet to come.”

Swinney said " “It is hard for me to believe I am in my 14th full season as your head coach, and I remain eternally grateful and honored for the opportunity to continue coaching and developing young people of excellence at Clemson.” Swinney said. “This agreement is representative of what has been collectively built here and the success we’ve had both academically and athletically. It is a reflection of the ALL IN commitment of so many people, including our players, our staff, our fans, our administration and our University leadership. While I am certainly proud of our accomplishments on the field, the most rewarding part remains the relationships forged within this program and the ability to positively impact those around us.”