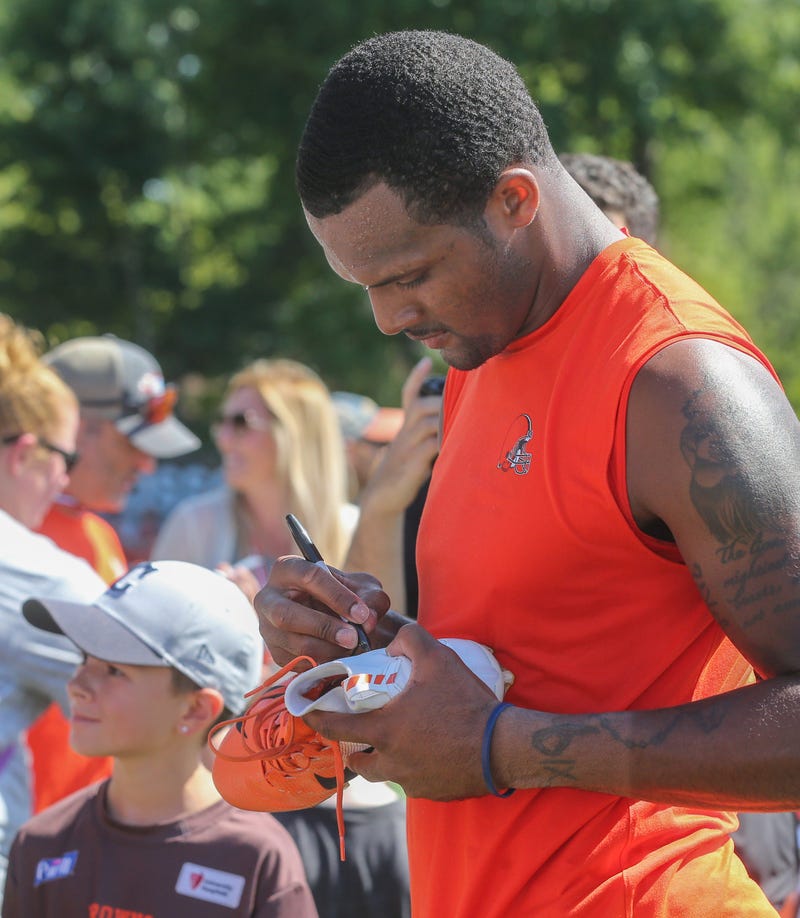 As was expected to happen today, punishment has been handed down to Cleveland Quarterback and former Clemson star Deshaun Watson. Disciplinary Officer Sue Robinson has ruled that Deshaun Watson will be suspended for 6 games following violations of the league's conduct policy. Watson was accused by over 20 women of sexual misconduct.

Robinson's review stated that while Watson violated the league's conduct standards, there was not enough video evidence to support an indefinite suspension. Watson will miss the season's first 6 games, including the Browns opener against the Carolina Panthers. That and every Panthers game this season can be heard on our sibling station, Rock 101.

That game will feature QB Baker Mayfield going against his former team. Mayfield was traded by Cleveland to make room for Watson this summer. Sources around the NFL say, Watson will likely appeal the decision. However, if it stands he will not return to the field until October 23rd when Cleveland takes on division rival Baltimore.