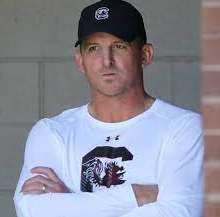 Reports have surfaced that say, South Carolina's Offensive Coordinator is moving on. Pete Thamel of ESPN is reporting, that OC Marucs Satterfield is leaving the Gamecocks to join the staff at Nebraska.

The Huskers announced the hire of former Carolina Panther Head Coach Matt Rhule over the weekend. Satterfield worked with Rhule at Temple, Baylor and the Carolina Panthers prior to his time in Columbia.

The Gamecock offense has scored nearly a 100 point under Satterfield's direction in their consecutive wins over top 10 ranked opponents Tennessee and Clemson.

Satterfield is a veteran coach with over 20 years of total experience including time as a head coach at the FCS level.