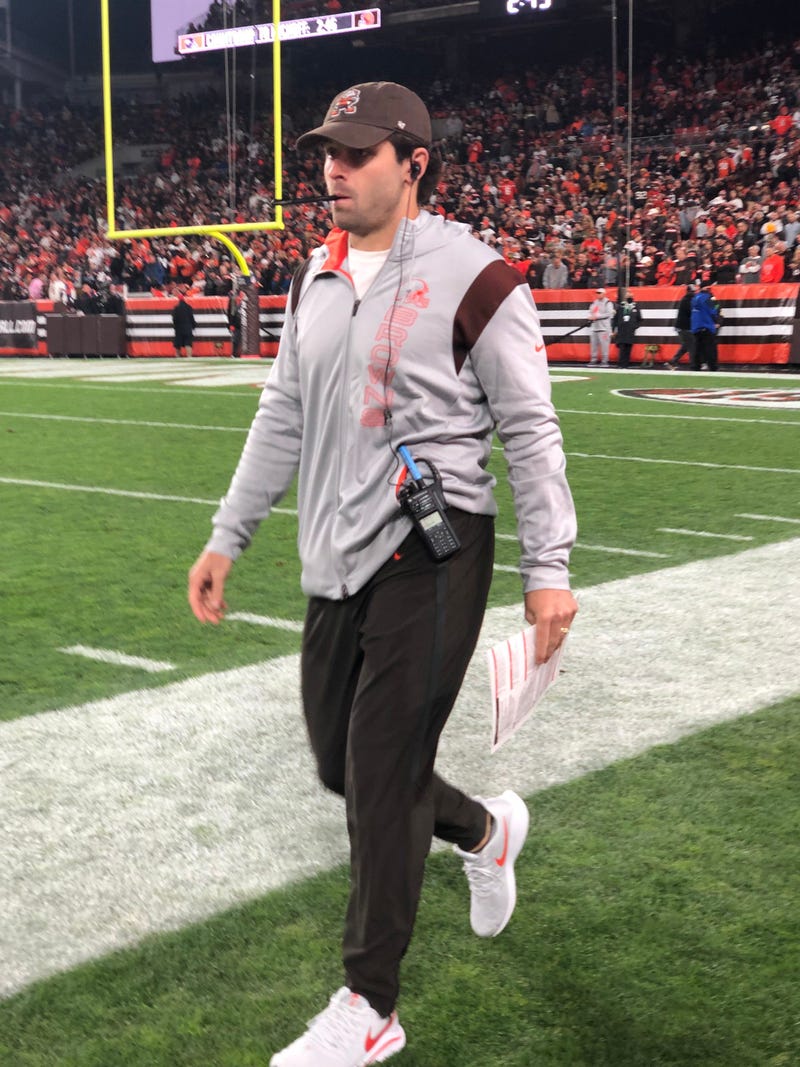 Reports have surfaced that say the Carolina Panthers are set to acquire quarterback and former #1 pick Baker Mayfield from the Cleveland Browns.

Veteran NFL Beat Writer Ian Rapoport says the Browns will send Mayfield to the Carolina Panthers for a conditional 5th round pick in 2024. Rapoport says Mayfield cut his vacation short due to the trade talks.

The deal is contigent on him passing a physical that he's set to take on Thursday. The report says, the two teams will split the financial burden to make the deal happen.

Baker Mayfield flies in from vacation and will take a physical tomorrow to complete this deal. https://t.co/LW3ArTUj6s

The 27 year old, Mayfield is entering his 5th NFL season. He's had some mixed reviews while in in Cleveland, but has thrown for over 3,000 yards in each of his first four seasons.