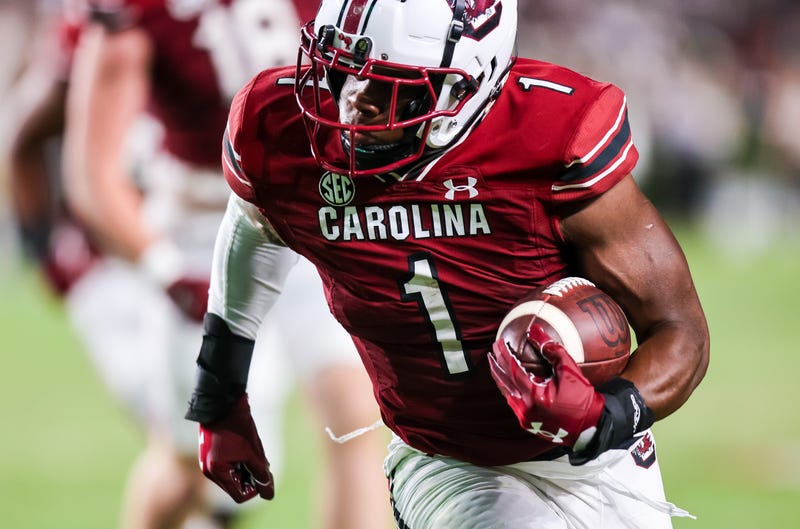 The Gamecocks started slow at home against Charlotte on Saturday night, but were able to find a rhythm and create separation in the 2nd half. South Carolina got on the board first with a Mitch Jeter 25 yard FG to lead 3-0. Charlotte then went on a 13 play, 90 yard scoring drive that took 7 minutes off the clock. The 49ers would score when QB Chris Reynolds found Jake Clemens on a 2 yard TD pass. Charlotte would then take a 7-3 lead after the 1st.

South Carolina RB MarShawn Lloyd would score his 1st of three rushing TD's on the 1st play of the 2nd Qtr. He scored on a 25 yard scamper to put SC up 10-7. Charlotte answered with another long scoring drive, this one of 81 yards. They re-took the lead when Vic Tucker hauled in a 14 yard TD pass from Reynolds. That made gave Charlotte a 14-10 lead.

South Carolina would respond scoring 10 straight to close the half, as they would outscore 46-6 from that point on. The Gamecocks closed the 1st half with a TD run from Christian Beal-Smith and another FG from Jeter. They would lead 20-14 at the break.

Early in the 4th, Juju McDowell would score to put the Gamecocks up 49-14. Josh Vann had a big play in the return game, scoring on a 75 yard punt return TD. Charlotte would then score on a 35 yard TD pass from QB James Foster to Eli Spencer. The Gamecocks tacked on one more when Corey Rucker scored on a 52 yard TD pass from Luke Doty.

The Gamecocks run game which had struggled this season thus far, had its best performance of the season. They would run for a season high 295 yards and would pile up 6 rushing TD's in the game. MarShawn Lloyd would lead the charge with 169 yards and 3 rushing scores on 15 carries. Beal-Smith found the end zone twice on 9 carries, gaining 55 yards on the ground.

QB Spencer Rattler was 17 of 23 for 187 yards on the night, before being pulled due to the Gamecocks having a large lead. The Gamecock defense had three interceptions on the game, as Brad Johnson, DQ Smith and Cam Smith all had picks.

The Gamecocks were +1 in turnover margin on Saturday night. South Carolina had 545 total yards to Charlotte's 292. South Carolina is now 2-2 on the season. They host SC State this weekend for a noon kickoff, before returning to SEC play at Kentucky on October 8th.