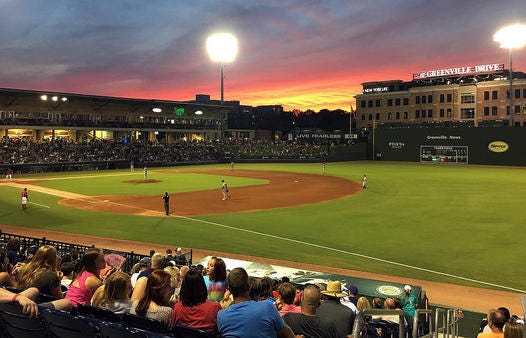 A bid to the NCAA National Tournament will be on the line, as the Upstate plays host to a conference tournament in college baseball this week. The Socon Baseball tournament gets underway Wednesday afternoon at Fluor Field in Greenville. Opening day features two games, as ETSU takes on Citadel in the matinee. Western Carolina meets VMI in the nightcap.

Wofford won the Socon's Regular Season Title and is the tournament's #1 seed. The Terriers achieved the program's best ever record this year, winning 40 games. Wofford had 11 players garner All-Socon Honors including Catcher Lawson Hill, who was named conference Player Of The Year by the media.

Wofford opens their tournament appearance at 9 AM Friday morning, their opponent will be determined after games on Wednesday and Thursday. The Socon Tournament is double elimination, with the Conference Finals slated for Sunday. The winner gets an automatic bid to an NCAA Regional.