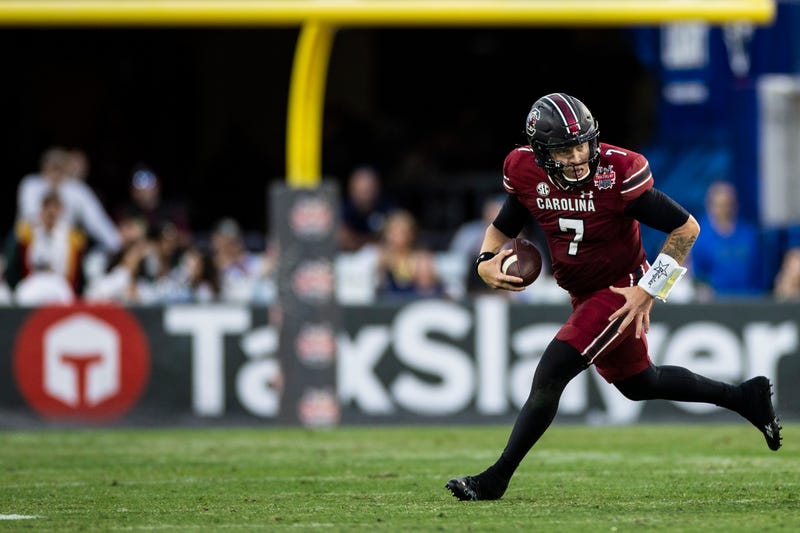 After turning in two incredible performances resulting in upset victories over Tennessee and Clemson, and a solid effort in a Gator Bowl loss to Notre Dame, South Carolina fans waited with baited breath for the decision of their quarterback Spencer Rattler.

It took Rattler over a week to make the choice - understandable, with the need for draft evaluations and potential paydays to be estimated before he decided where his next start would come.

On Tuesday evening, Rattler made it official - he'll be back playing in garnet and black next season.

Rattler made his choice known to the world via a post on Twitter, including a meme of Leonardo DiCaprio from the movie "Wolf of Wall Street" yelling "I'm not leaving! This is my home!"

Within minutes, Rattler's Tweet was racking up responses from elated Gamecocks fans.

Rattler, who completed just over 66% of his passes in his first year under Shane Beamer and threw for 3,026 yards and 18 touchdowns to 12 interceptions, had a slow start to the season as he adapted to his new surroundings. But, down the stretch as he became more comfortable, he looked much more like the quarterback South Carolina fans expected him to be when he transferred in from Okalhoma.

Now Gamecock fans will hope he can do it for a full season in 2023.