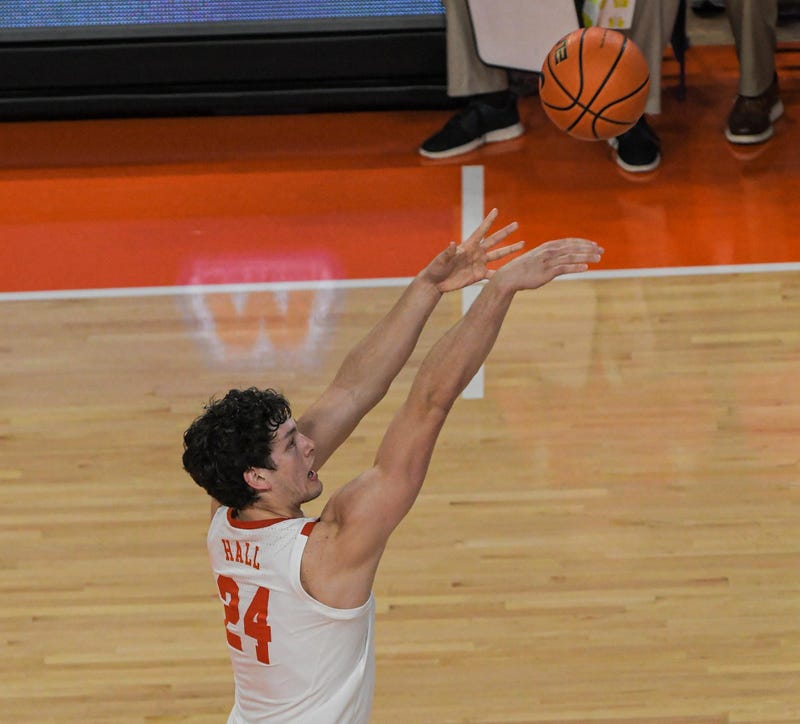 A strong 2nd half on the defensive end helped Clemson survive a scare from a Virginia Tech team who came into Saturday struggling. Clemson got key stops and timely buckets to gut out a 1 point win, 51-50. The Tigers allowed just 19 points in the 2nd half after trailing 31-25 at the break.

The Tigers narrowly avoided back to back losses in ACC play after starting 7-1 in conference. Both teams struggled to make long range shots, as VT connected on 6 of 22 three point attempts. Clemson shot a sub-par 3 of 18.

The Tigers won despite being minus three in both turnover margin and on the offensive glass. Clemson was without starting Point Guard Chase Hunter. In his absence, Upstate native PJ Hall had a big game, leading the Tigers with a game high 20 points.

Hunter Tyson notched yet another double-double in ACC play. He had 12 points with three coming when he connected from downtown with 10 seconds left. He then grabbed his 10th rebound when Virginia Tech missed on their final attempt.

Grant Basile had a team high 13 for the Hokies. Lynn Kidd was also in double digits with 10.

Clemson's win puts them at 7-1 in conference play, they are currently in 1st place in the ACC standings. They have a one game lead on 2nd place Virginia and a two game lead on Miami after they lost at Duke on Saturday.

The Tigers are back in action at Littlejohn on Tuesday when they host Georgia Tech for a 9 pm tipoff.