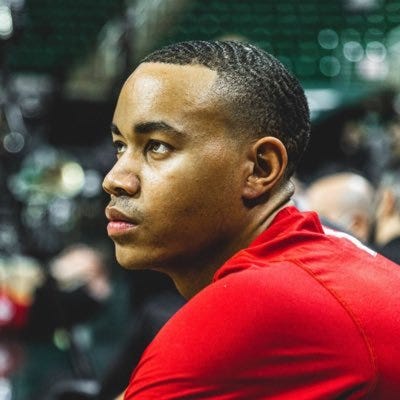 An Upstate native has now realized his dream after being selected in Thursday night's NBA draft. Former Wren and Legacy Early College star Bryce McGowens was selected in Thursday night's NBA draft. He was selected by Minnesota with the 40th pick and was traded to the Charlotte Hornets for 45th pick Josh Minott and a 2nd rounder next year. McGowens posted this tweet following being selected and traded to Charlotte.

The Hornets were busy Thursday night, as they also traded 13th pick Jalen Duren for a 1st rounder next year and four 2nd rounders over the next two years. Charlotte selected Duke Center Mark Williams at #15 in the 1st round.

McGowens had a standout prep career in the Palmetto State before choosing to go to Nebraska and play with his older brother Trey. Bryce turned down offers from in-state schools such as Clemson and South Carolina, along with Florida State, Georgia Tech, LSU and many others.

In his lone season in Lincoln, McGowens averaged nearly 17 points per game which led all freshmen in the Big Ten. He also broke Nebraska's school record for scoring by a freshman. With his selection Thursday night, McGowens became the 1st ever one and done in Nebraska Basketball history. He's the 3rd in-state product to be chosen in the NBA draft since 2019.