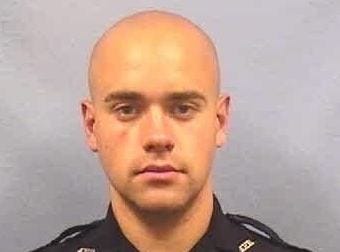 Fulton County District Attorney Paul Howard announced Wednesday that the two Atlanta officers who responded to the incident that led to the shooting death of Rayshard Brooks would be charged.

Garrett Rolfe, the officer who shot and killed Brooks, was charged with felony murder, four counts of aggravated assault with a deadly weapon along with six other charges including one for kicking Brooks after he was shot. He faces the death penalty or life without parole.

Officer Devin Brosnan face three charges including one for standing on Brooks’ body after the shooting. The other two charges are violations of Oath for standing on the shoulder and failing to render medical aid. He faces one to 20 years in prison.

Howard's office is recommending no bond for Rolfe and 50,000 bond for Brosnan.

Rolfe has already been fired from the department and Brosnan has been placed on administrative leave.

According to the Georgia Bureau of Investigation, the altercation began when a 911 call was made  that Brooks was sleeping in a car that was blocking the Wendy's drive-thru lane.

The Atlanta police department released body cam from the incident, which showed a brief struggle between Brooks and the officers after speaking to each other for about 20 minutes. In the video Brooks is seen taking an officers taser and running away with it before the officer fired his weapon shot.

The shooting sparked a new wave of protests in Atlanta and during one the Wendy's restaurant, where the shooting took place, was set on fire.​

This is a breaking news story. Stay with us for updates.