Clad in 'We Love Y'all Too Much!' t-shirts Black men organizations came together Saturday to canvas neighborhoods in Decatur. They did it before in Atlanta and the City of South Fulton in an effort to reduce violence and to show love to the community. 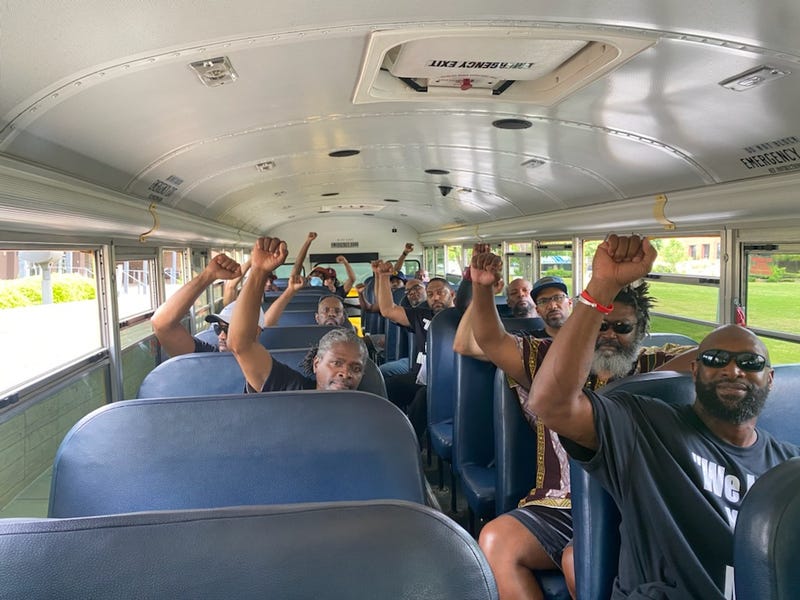 According to Black Men Lab founder Mawuli Davis, "our community needs us." Davis tells Audacity Atlanta's Maria Boynton, "as men, fathers, and husbands, we are stepping up." They are encouraging others to get involved.

Saturday, men from Let Us Make Man, and Black Man Lab visited the Decatur housing projects, then boarded a bus and canvassed the Wesley Chapel Road Corridor. The bus was provided by DeKalb County Commissioner Lorraine Cochran-Johnson's office. Those interested in being a part of the canvas efforts can contact the organizations at the links provided,

"There are a number of Black male-focused organizations," says Davis, "that are moving around the community, engaging young people, providing them with resources, with training and employment opportunities." Davis adds, "we're providing information encouraging young people and their parents to plug into these positive organizations."

They previously canvassed in South Fulton and during the last weekend in March several Black men groups met at the Andrew and Walter Young Family YMCA and visited with residents along the Campbellton Road Corridor in Atlanta.