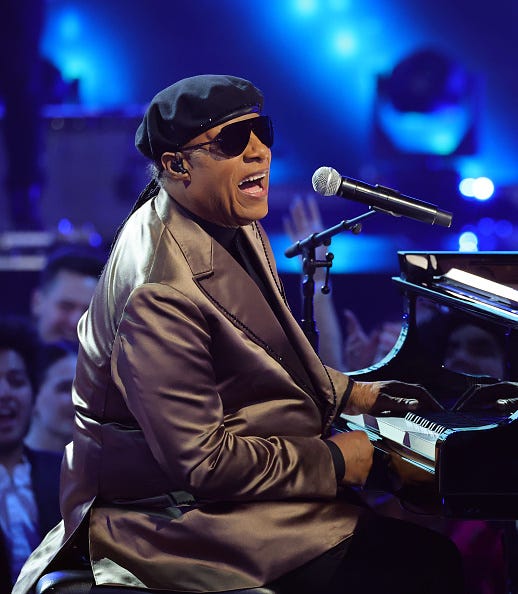 Stevie Wonder is among the growing number of celebrities lending their support to Senator Raphael Warnock's reelection campaign. The iconic singer/songwriter is hosting a Virtual Get Out the Vote Rally and phone bank at 6pm et Sunday. He is also expected to perform. Members of the public wishing to attend can RSVP HERE. It is also being livestreamed.

Listen: Senator Warnock says the race is about competence and character

Listen: Is Senator Warnock dating? Wait for it.

When we checked in with Senator Warnock earlier Sunday, he was headed to yet another campaign event along his One More Time Bus Tour. He said the race is "about competence and character", and added that while he received more votes than Herschel Walker in the Nov 8 election "none of that matters if you don't vote in the Runoff Election." There are just two days of campaigning remaining before the election on December 6.

Former President Barack Obama was in Atlanta just days ago stumping for Warnock. He was also in metro Atlanta in late October. While Warnock was the top vote getter in the three-man race, his lead was not enough to be declared the winner.