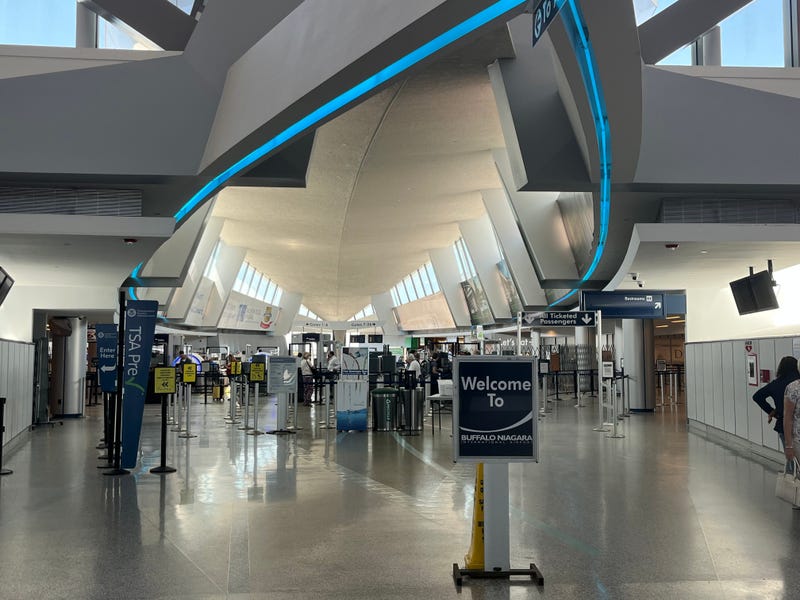 Buffalo, N.Y. (WBEN) - This Tuesday marks the first day of summer and travelers are arriving at the airport at an increased rate. The TSA at the Buffalo Niagara International Airport are continuing to see many prohibited items in traveler's carry-on bags, which is resulting in very slow security lines.

"We have already started to see an increase in checkpoint volume here at Buffalo," said Bart Johnson, TSA's Federal Security Director for Upstate New York. "What's interesting is where we are in the mornings and certain times in the afternoon, where we are exceeding 100% of the throughput that we established back in 2019."

Due to the influx of passengers, the TSA recommends that you should be inside the airport terminal at least 90 minutes before your scheduled flight.

"First and foremost, get here on time. By that I mean get here 90 minutes to two hours ahead of time and I don't mean parking your car, 90 minutes out. Be at the checkpoint, ready to be screened. The reason that's important is because it really lowers the stress because nobody's rushing, nobody's clamoring. Everybody's a lot calmer when you know you have 90 minutes to two hours to spare to get to the checkpoint and there will be lines at these checkpoints," said Johnson.

The TSA also mentions that knowing what you can and can not bring is crucial for improving long lines at the checkpoint.

"Know exactly what's in your bag, start with an empty bag, and make certain that you do not put any prohibited items into that bag. By that I mean brass knuckles, mace and unfortunately, we get a handgun every once in a while. That's totally unacceptable to carry a weapon through a checkpoint and then try to bring it on plane," Johnson said.

"The most common mistake that we see at the checkpoints is we see that passengers are bringing oversized liquids, gels and aerosols," said TSA's Lisa Farbstein. "The limit is 3.4 ounces, which is 100 milliliters. That's the international standard. Put that in a one quart size bag, one bag per person, each one of these items is a bag check. Every one of these items has resulted in a passenger being pulled aside, having their bag pulled off the conveyor and having their bag opened. Every one of these bag checks takes two to three minutes." 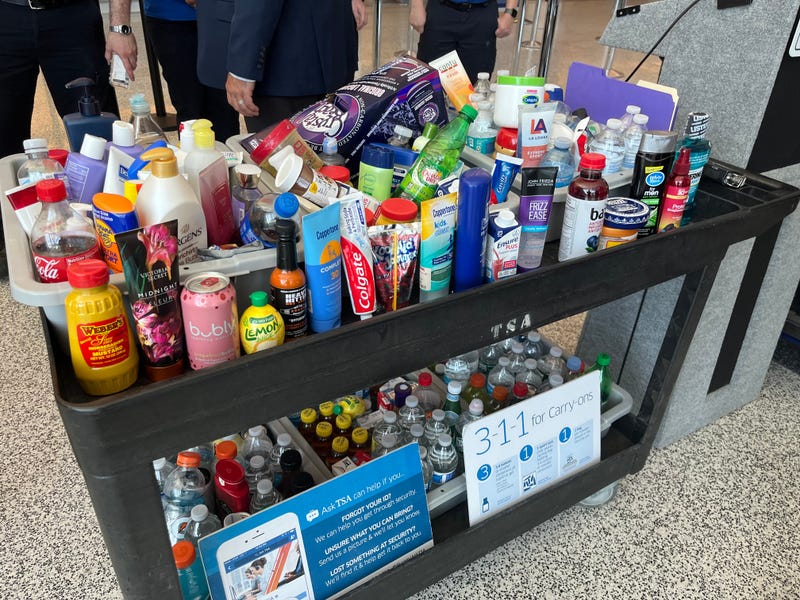 This and one additional garbage can is one day's worth of prohibited items which gets tossed by the TSA at the Buffalo Niagara Airport. Photo credit Max Faery, WBEN.com

TSA advises to stick to the 311 rule. 3.4 ounces of liquid or gel, one quart-sized bag to hold your items and one bag per traveler placed in the security bin. The exception to this rule is hand sanitizer, which you are allowed to bring up to 12 ounces of, which will be screened separately.

If you're still having difficulty deciding what you can and can not bring, TSA also recommends you download the myTSA app, which has a "What can I bring?" feature that allows you to type in what you want to bring to find out if it can or can not fly.

New to the airport this year, the TSA recently installed eight new computed tomography scanners that provide 3-D imaging at the airport which will help aid in the detection of advanced explosives and allows passengers to leave their laptops and electronic devices in their bags.

To listen to audio from the full conference, see the player below: