The Biden-Harris Presidential Transition team made the announcement late Wednesday. A public announcement is expected as soon as Thursday morning, however, Biden's cabinet appointees reportedly won't be revealed until closer to Thanksgiving.

Klain, 59, is a veteran Democratic operative who has been at Biden’s side for a number of years, notably serving as the president-elect’s chief of staff when he was vice president under President Barack Obama. Importantly, he was "the point man" for the Obama administration's response to the Ebola outbreak, making him a go-to person as the Democrats shaped their coronavirus plan.

He served as a senior advisor for the Biden campaign.

Ron Klain’s deep, varied experience and capacity to work with people all across the political spectrum is precisely what I need in a White House chief of staff as we confront this moment of crisis and bring our country together again. https://t.co/s4XlAgMrxf

"It’s the honor of a lifetime to serve President-elect Biden in this role, and I am humbled by his confidence," Klain said in a statement. "I look forward to helping him and the Vice President-elect assemble a talented and diverse team to work in the White House, as we tackle their ambitious agenda for change, and seek to heal the divides in our country." 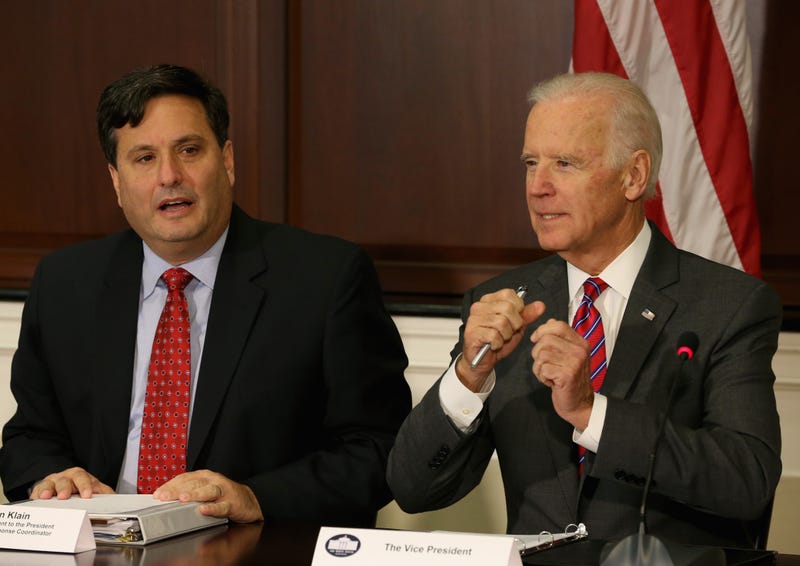 "Ron has been invaluable to me over the many years that we have worked together, including as we rescued the American economy from one of the worst downturns in our history in 2009 and later overcame a daunting public health emergency in 2014," Biden said in a statement provided to The Washington Post. "His deep, varied experience and capacity to work with people all across the political spectrum is precisely what I need in a White House chief of staff as we confront this moment of crisis and bring our country together again."

Klain was very familiar with the White House before the Obama administration, having served in various capacities during the Clinton administration, including chief of staff to both Attorney General Janet Reno and Vice President Al Gore. He’s also worked in the U.S. Senate and on several campaigns.

"Known for steady nerves, he also has a fierce wit," according to the New York Times.

That’s been on display throughout the Trump administration, as Klain has been a frequent critic of President Trump on social media.

Many believe Biden’s choice of Klain signals a return to normalcy in the White House, as opposed to the sometimes chaotic staffing in the Trump administration.